Posted by: Angela Korra'ti
I haven't released anything new in a while, for assorted reasons. One of the more pertinent ones is one that'll hopefully resonate with fellow indie authors: i.e., I've got to do new print editions of the first two books of the Free Court of Seattle series, Faerie Blood and Bone Walker. 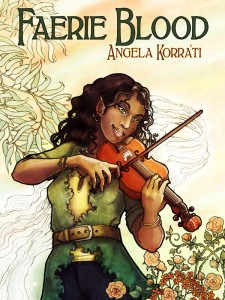 The reason for this is that up until now, I've been producing my print copies via an espresso book machine, which has been available at the indie bookstore down the hill from my house. This has been great for convenience, because it's meant that I've been able to go down the hill, order a small print run of either book when I need one, and then go pick them up when they're ready!

It's not been so great though for discoverability of my books. So I'd been thinking anyway of transitioning to CreateSpace--or rather, KDP Print, CreateSpace's replacement. But the bookstore near my house forced the matter by deciding they were going to no longer have the espresso book machine available.

So now, given that I'm flat out of personal copies of Faerie Blood and have only two left of Bone Walker, I'm having to do new edit passes.

As of this writing, I'm about halfway through the new edit pass on Faerie Blood. So for purposes of this post, here are some items of interest!

1. When I did the second edition of this book, I hadn't gotten Scrivener yet. So as part of this whole effort, I've ported the last shipping master version of the book into Scrivener, and am doing my edit pass there now.

2. Scrivener's ability to do labels and statuses is proving super useful. I've been able to label the chapters from the second edition as "Second Edition", and roll them over to "Third Edition" when I'm ready to work on them. I have also been using "To Do", "In Progress" and "Done" statuses on them. Which winds up looking like this:


3. I've been keeping a thorough change log of all the changes I'm making. This is for my wife, who does the layout for the print editions of the Free Court books. And it'll be easier for her to apply all the changes to her existing master PDF than to try to whip up a brand new one. This change log, accordingly, is pretty long. Fortunately, a lot of those changes are very similar. See item 4!

4. Faerie Blood's first edition was released in 2009, and the second edition in 2012. Since releasing that book, I've also done Bone Walker as well as the Rebels of Adalonia trilogy. And after working with my editor on the Rebels books, I've had my writing style tighten up considerably. In particular, I'm looking back at Faerie Blood and going GOOD LORD WOMAN, SEMICOLONS MUCH? Not to mention throwing exclamation marks into dialogue all over the damn place. A lot of what I'm doing in this editing pass is backing off on using those two punctuation marks.

5. Faerie Blood's second edition had its timeline bumped a bit to set its "present day" as of when it was released, i.e., more or less 2012. For the third edition, I will not be changing that. It is nonetheless kind of funny to see how I wrote it with the assumptions of someone who'd started her career in tech in the 90's, whereas Kendis? Not so much. Like, I'd envisioned Kendis' job as still having offices. Anybody who works in Seattle in tech now, and who therefore knows that you only get an office if you're a manager and everybody else sits on an open floor plan, will know why this makes me snicker now. I'm not changing it, though; I'm declaring Kendis' workplace as canonically retro enough that they still did give their testers actual offices. 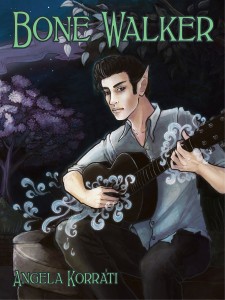 6. I have been asked by one of my local readers if I'd consider putting in a punctuation guide in the new editions of the Free Court books. As this is an excellent idea, I will in fact be doing so.

And that's that for now. If I get ambitious I should be able to finish this edit pass by the end of this year. I'd like to have the third edition of Faerie Blood ready to ship by this coming spring, ideally by the time Norwescon 2019 rolls around so I'll have copies to sell there. Then I'll swing around and do this again for Bone Walker.

And hey, if anybody wants my one of my last two espresso book machine copies of Bone Walker, you can have 'em for ten bucks plus shipping!

--
Angela is frustrated with her ongoing writing block, but hey, new print editions means she can release SOMETHING. Come cheer her on on Facebook or Twitter, or on her site at angelahighland.com!