Auto-Buys: When Does an Author Become an Automatic Buy For You, the Reader? 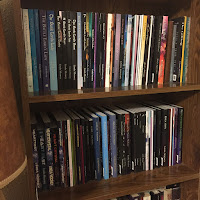 Sometimes when I’m scanning Facebook posts, I often see readers tell an author that they’re an automatic buy. Meaning they’re going to buy it, no matter what the book’s about.

Which got me to thinking. (Yes, I know. Dangerous territory here.) Is there an author who’s an auto-buy for you?
If so, why?


1. Quality
Regardless of the story, you know you’re going to get a well-written, exciting, emotional, etc. read that’ll manage to hit all the right buttons.

2. Genre
The author writes in a genre you enjoy immensely, and rarely deviates.

3. Characters
Her characters, especially the hero and heroine, resonate with you. Sometimes you might even wish you were the heroine just so you could be with that particular hero.

4. Story
The author never fails to deliver a story that’s unique, or odd, or exciting, or humorous, or (fill in the blank).

5. Author
You’ve met the author, and by their personality alone have been convinced to read their books.

Which brings me to my second question (you knew there had to be a #2 to go with the #1, right?) What would it take for an author to become an auto-buy for you?

To me, authors are like new restaurants. I always give a new place at least two tries before deciding whether or not to continue going back. I’m like that with authors and their books, as well. Personally speaking, I know that not every book I release is going to be hugely popular or a best seller. Same goes for other entertainment venues, actors, and even movie directors (M. Night Shyamalan, anyone?) If I pick up a book that looks interesting from a new-to-me author, and I don’t care for it, I don’t abandon that author’s other works. I’ll give him or her a second try before deciding whether or not to continue to follow them.

So my questions again are, is there an author who’s an auto-buy from you? And what would it take to become one of your favorite writers? 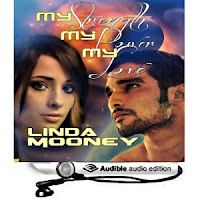 
Once in every one million births, a child is born on Bellac with the Synergistic gene. These children are taken from their parents and raised, trained, and prepared for the day when they will find their Synergistic other half. For when that happens, an entity is created from the combination of both male and female who holds unbelievable powers. An entity who is trained to protect and defend its home world.

Unfortunately Grey has secretly harbored a longing for Rowe Maine. But the man is five years her senior and considered long past acceptance. He is an Unmatched Synergian who has lost his chance to become one of the rare new entities.   By law he is no longer able to seek his mate.  Now the man is a trainer and teacher at their special school.


Warning! Contains human weaponry, alien attacks, unapproved use of pudding, overly-aggressive males, excessive sex as a health benefit, badly fitting uniforms, trial by antagonistic rulers, and a love that defies the laws of man and nature.