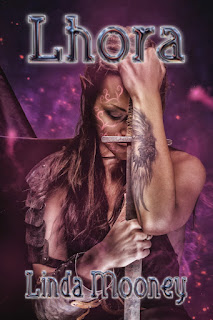 LHORA
A Sensuous Sci-Fi Romance
by Linda Mooney
Word Count: 67.7K
$3.99 e / $9.99 p
The Coltrosstians and the Beinights have been enemies for as long as anyone can remember, but now they have a common enemy aiming for them both—the Tra’Mell. When approached by the Coltrosstian Sarpi to join forces against this new foe, the Beinights aren’t sure who to trust. They need the help, but at what cost? Furthermore, the Coltrosstians seem to have some secrets they’re not willing to share.
Excerpt and Buy Links