Let's Hear it for the Dogs!

So, today is National Dog Day...although, since it's apparently celebrated around the world, I  would think it should be International Dog Day. Either way, I'm commemorating the event by sharing pictures of my dogs.

I'm an animal person, in general. The famous quote by Chief Seattle, "If all the beasts were gone, man would die of a great loneliness of the spirit," is one that speaks to me very deeply. In my entire life I have only spent two years without any animal companions, and it wasn't pretty.  I overcompensated pretty badly afterwards, acquiring six cats, five chickens, four lizards, three turtles, two tree frogs, a tarantula, a couple of mice (who very quickly turned into nine mice) several fish (can't remember how many) and a dog. Yes, all at once. I think of it as my petting zoo phase.

In general, I tend to think of myself as a cat person, yet here I am with only dogs in my life. Go figure.

I love including animals in my books, but writing vampires kind of ruined that for me. Not to mention spoiling my enjoyment in writing food scenes. But I'm sure it's only temporary.

Anyway, here are my babies. Tatanka (Tank, for short) is the large fawn-colored dog, Luna is the smaller black dog and the white dog who appears in one blurry photo is Dulce, who actually belonged to a neighbor, but her photo showed up in my Facebook memories earlier this week, so I had to include her. 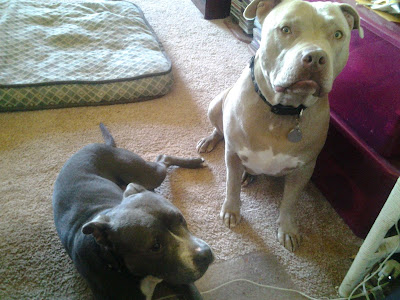 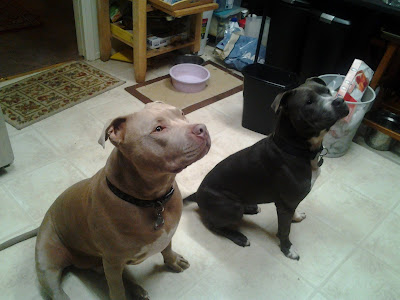 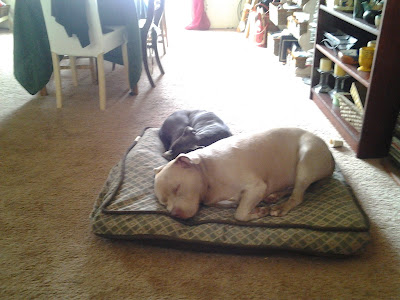 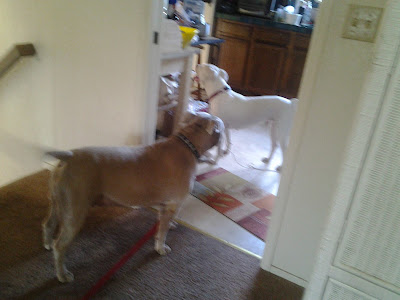 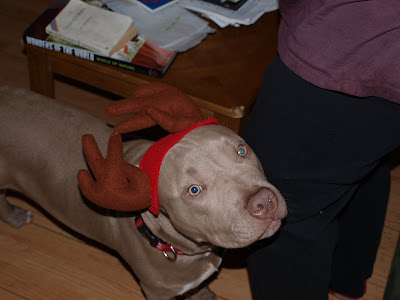