Jamie Gets a Story of His Own 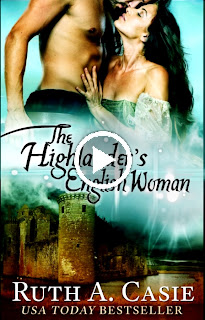 Writing a story is a very personal experience. The writer probes into the psyche of the characters to understand what makes him/her tick. Delving deep makes it easier to anticipate their reaction to words, situations, the environment around them. We fill our pages with heroes, heroines, villains and support characters.
You know who the support characters are, the shadowy people who appear and disappear without much notice and the characters with the heftier roll, side kick, best friend, older parent figure. Their sole purpose is to interact or engage the hero/ine and give the reader a clearer view of the story and add depth to your hero/ine through comment and story development
The supporting character can be minor players who simply make the story more interesting or they’re supporting players who are essential to the plot. These players are key to the story, unmasking facets of the hero/ine’s personality, motivation and backstory that are concealed.
I created a supporting character, Jamie Maxwell Collins in The Guardian’s Witch, the first book in The Stelton Legacy. Jamie is married to the heroine’s sister. I loved writing this character. He was cheeky, irreverent, smart and trustworthy. The friendship between him and the hero came to life and grew on the pages. By the end of the story each man was dedicated to the other and life-long friends. Jamie became such a personality that my editor, as well as my readers asked for his story.
The Highlander’s English Woman is Jamie and Laura’s love story. It is the second novel in The Stelton Legacy.
Laura Reynolds and long-time friend of Jamie Maxwell Collins are in love. She adores his playful sense of humor, caring nature as well as his strong sense of honor. They have known each other from the time Jamie trained with her older brother at their home on the English side of Scottish border. Jamie has become an excellent soldier except he insists on remaining a farmer. He won’t fight and while she knows him well, she has no idea why.
Jamie Maxwell Collins lives on the Scottish side of the border. Carefree and open, he loves Laura but hides a dark secret so powerful it could destroy his family and those he cares for. He can’t involve Laura in this deception. He mustn’t give her hope for a future together. Instead, he ends their relationship.


While visiting Jamie’s uncle, Laura stumbles upon Jamie’s secret, but has nowhere to turn. The only person who can help, her brother is gone, killed on a Welsh battlefield. In her heart of hearts she knows Jamie is innocent. Their relationship in tatters and with no hope of reconciliation, she plays a deadly game to find a way to exonerate Jamie even though it means agreeing to a political marriage. She has no idea the entire game has been orchestrated by her future husband, Jamie’s greatest enemy.
The Highlander's English Woman is now available
Amazon/Kindle: https://amzn.com/B01LXYHNGS
iBook: https://geo.itunes.apple.com/us/book/highlanders-english-woman/id1158295266?mt=11
Kobo: https://store.kobobooks.com/en-us/ebook/the-highlander-s-english-woman