Have Yourself a Horrific Little Christmas 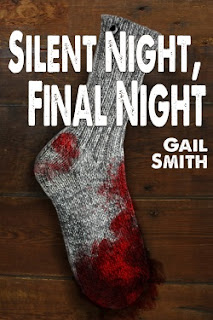 For those of you who like a little paranormal horror with your Christmas eggnog, check out Silent Night, Final Night, written under my pen name of Gail Smith. And enjoy this little excerpt:
***

When she emerged from the bedroom, Kem found her husband standing near the window overlooking the front yard. Going over to him, she drew her arms about his waist and pressed her cheek against his back.
“Maybe we should have told her Santa Claus doesn’t exist,” Armand murmured.
“It would have destroyed every last chance she has at having any sort of childhood.”
“You know in the morning she’s expecting to see a wrapped gift or toy beneath that umbrella tree.”
“Maybe there’s something in the garage,” Kem suggested. Armand cast her a dubious eye and snorted. “Hey, I haven’t checked all the closets yet,” she argued softly. “Maybe there’s wrapping paper hidden somewhere and we just haven’t found it yet.”
He took her arms and turned around to pull her into his embrace. Kem waited for his kiss, needing this rare private moment to reaffirm their love for each other. It had been months since they’d had sex. She wondered if they ever would again.
He nuzzled her hairline, sighed, and pulled her closer. “Kem?”
The tears rose in her eyes. She didn’t try to fight them. Neither did she try to keep the sobs from choking her.
“We can’t stay here, but we can’t leave. There’s nothing out there but death. But if we stay here, sooner or later we’re going to run out of food. And the weather’s only going to get worse. We have no future, Armand. Teela will not be able to grow up.” Pulling away slightly, she looked up into his concerned gaze. “If something happens to us, I dread to think what will happen to her. What kind of horrors is she going to have to face when we’re no longer there to protect her?”
Armand guided her over to the sofa and had her sit beside him. “It’s time we talked,” he announced, deliberately keeping his voice low. “Kem, we need to make a decision. I agree with you. There is no longer any future for us or for anyone else. Eventually everyone will either starve to death, or they’ll turn to cannibalism, which will only accelerate the decimation of humanity. The plague will take over all of us, one way or another. If something happens to us, you and I both know Teela won’t last five more minutes.” He pressed her thigh against his. “I have nightmares about being forced to watch our little girl being tortured and killed before our eyes.”
Kem shuddered. “I have, too. Armand, what are we going to do?”
He gave her another squeeze. “Kem, I think we’ve come to the end of the line. I think this is the end of us. We were damn lucky to find this place. I think we’ve been pressing our luck these past couple of months, but it won’t last. It can’t last. Sooner or later, we’re gonna hit that big brick wall that is the end of the road. Honey, if this is the end of us, I want it to be at our hands. I don’t want an infected or, God forbid, someone like Kreek taking our lives.”
More tears fell. Her face felt hot. Reaching up, she wiped the wetness from her cheeks, but more warm drops rolled across her fingers. “H-how?” she finally managed to ask. “How will we end ourselves?”
Armand took a deep breath. “It will be done as painlessly as possible.”
She nodded but remained silent and waited for him to continue.
He dug into his jeans pocket and pulled out a prescription bottle. “I found these in the medicine cabinet in the bathroom. They’re sleeping pills.”
Kem sat up and gave him a surprised look. Armand quickly shook his head. “No, I didn’t give her any. Not yet. I wanted to talk with you first.”
She peered at the bottle. “There’s not that many.”
“It’s all right. I will give her a couple to knock her out. While she’s asleep, I’ll put a pillow over her face. She’ll never be aware of what’s happening to her.”
Kem pressed her face against his shoulder to muffle her sobs. Armand continued.
“I can do the same for you. You won’t suffer.”
“I kn-know. What about you?”
He took a shaky breath. “I’ll slit my wrists. I hear bleeding to death is very painless. I’ve heard it’s a lot like going to sleep.”
Clutching his shirt, she buried her face in the cotton fleece. “When?” she finally managed to ask.
“I was thinking tonight would be as good a time as any. That way, Teela won’t wake up in the morning and lose what’s left of her childhood. That way we won’t have to wonder how much longer we can remain here and try to decide where to go next. That way we—”
A thump sounded against the front door. Armand leaped forward to shutter the lantern, throwing the room into darkness, and took a stance against the wall. Kem went to stand behind him, flattening her back into the corner as they strained their ears. After another long minute, she thought she heard more movement coming from outside. She debated whether to sneak into the bedroom to awaken Teela when someone knocked on the door. They both jumped at the sound.

“We know someone’s in there. We saw the light, so you gotta be human like us! Those goddamn things ain’t got the brains anymore to do that.” It was a male voice, his words muffled but legible. There came another pounding knock. “There’s just the two of us. Please let us in. We’re freezing our asses off out here!”

A family on the run, searching for food, shelter, and others not infected.

A plague is wiping out the population, stealing the humanity from people and turning them into monsters. Kem and Armand are willing to do whatever it takes to protect their daughter and survive. Nothing is promised, not life, not their next meal, not even a decent night’s rest.

The quality of life is quickly diminishing. How much is too much? How long until the fight for survival is no longer worth it, and it’s time for a dignified end rather than a slow, painful death? 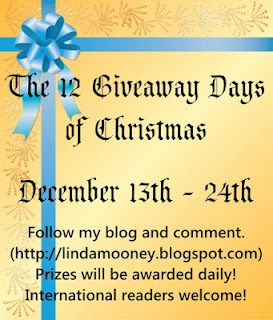 And don't forget to follow my blog to take part in The 12 Giveaway Days of Christmas, now through the 24th!