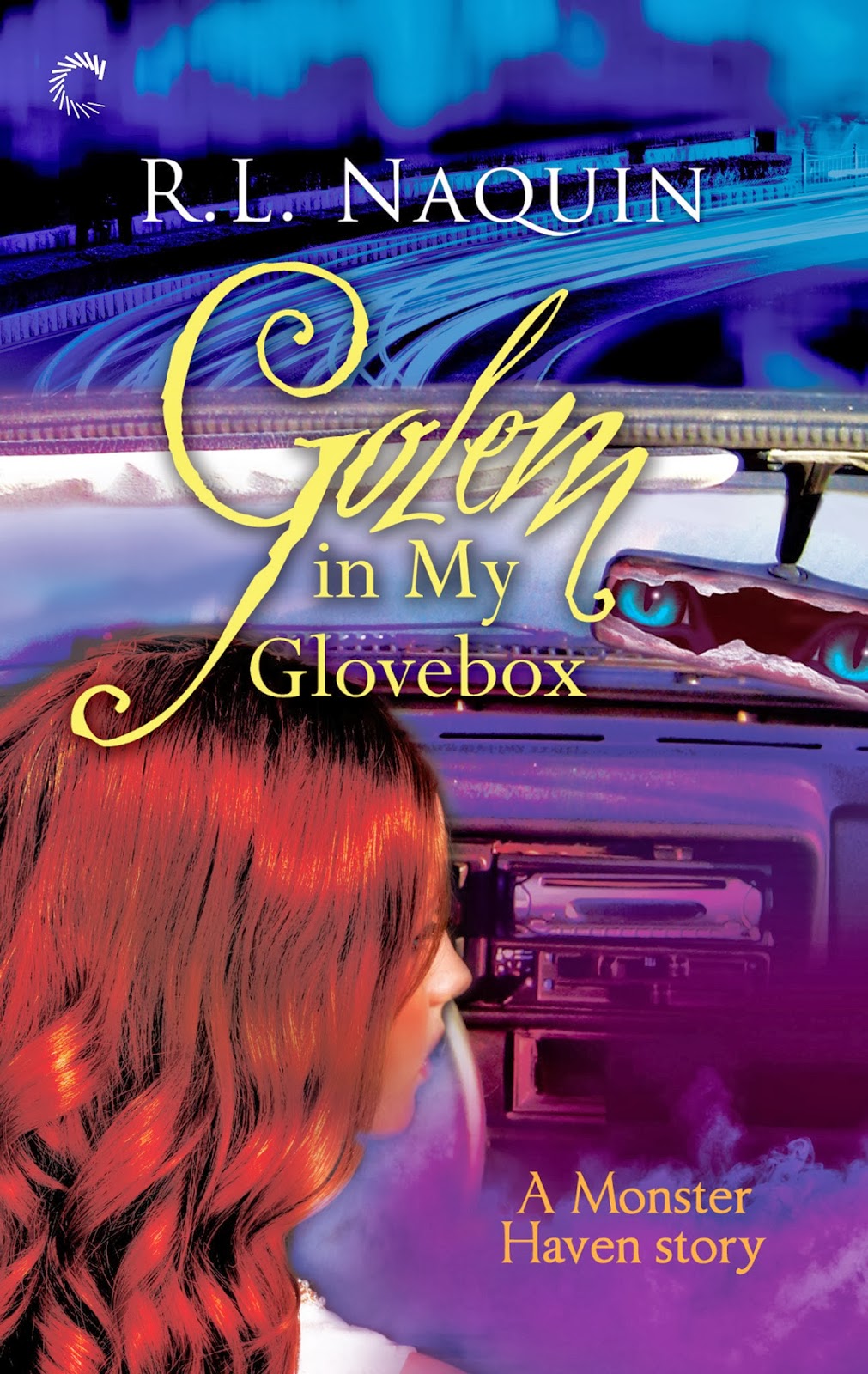 I can't believe I'm saying this already, but book four of the Monster Haven series, Golem in My Glovebox, came out earlier this week. Seriously. That's insane. It's all happened so fast. And developmental edits are coming in next week for book five, then the following week I start writing book six.

I'm going to let you in on a little secret: Most days, I feel like a big lazy slug who doesn't do any work. Then I look back at the last two years and I can't believe all that's happened.

Maybe that means I need to work even harder. Hmm.

Anyway. Book four, Golem in My Glovebox, is a road trip book. Zoey finally gets out of Northern California and sees something new. Over the past few weeks, I posted some postcards of her trip on my Facebook page. I thought it might be nice to put them all up together here to give you an idea of what's in store for our wardrobe-challenged heroine and her reaper boyfriend.

These are actual places from the story in the order they're visited. Zoey and Riley are in for a wild ride. (Click on the pictures to read the messages from Zoey.)

Center of the contiguous United States, home of the Hidden government. Of course you can't see it! It's disguised by a time-loop bubble. As you can see by the note, Zoey thinks she'll be home soon. Ha!

What's better than spray painting ten nose-deep Cadillacs in the middle of nowhere? Finding a dead body there. Just across town is the Bug ranch, where someone duplicated this marvel of modern art with five VW Beetles. Zoey still thinks she'll be home in a few days. Bless her heart.

Bright lights. Live entertainment. Kitschy museums. And the Leprechaun Mafia with a new scam. Those guys are so slimy. Poor Zoey doesn't even realize she's now driving away from home.

There are entire websites dedicated to the exploration of defunct amusement parks. When I watched a video of this place, made years after it was closed down, I knew Zoey needed to go. In the dark. With the bad guy laughing from inside concrete caves with peeling paint. Will Zoey even make it home?

For better or worse, this is where it all leads. If you've been reading the books so far, you might know what's so important about this location. Will Zoey get everything she's been longing for? Will she be in time? Will she be able to save anyone, including herself?

Join us on the long trip. Misery loves company! Visit with old friends, meet a bunch of new ones, and see some of the stranger parts of America. Golem in My Glovebox is on sale now wherever digital books are sold.

Rachel's head is packed with an outrageous amount of useless Disney trivia. She is terrified of thunder, but not of lightning, and sometimes recites the Disneyland dedication speech during storms to keep herself calm. She finds it appalling that nobody from Disney has called yet with her castle move-in date.

Originally from Northern California, she has a tendency to move every few years, resulting in a total of seven different states and a six-year stint in England. Currently, she's living in the Heartland, planning her next grand adventure. Rachel has one heroic husband, two grown kids, a crazy-catlady starter kit, and an imaginary dog named Waffles.

She doesn't have time for a real dog.