Thursday June 9, 2022: Nicole Luiken has read ninety-nine books so far this year, and tells us all about them!

Last two weeks for this sale! All genres, including SFR, PNR and Fantasy. Only .99 cents!
https://books.bookfunnel.com/99bookssale/op34d5d3oh 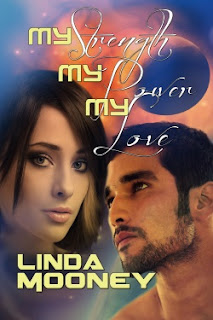 Once in every one million births, a child is born on Bellac with the Synergistic gene. These children are taken from their parents and raised, trained, and prepared for the day when they will find their Synergistic other half. For when that happens, an entity is created from the combination of both male and female who holds unbelievable powers. An entity who is trained to protect and defend its home world.

Unfortunately Grey has secretly harbored a longing for Rowe Maine. But the man is five years her senior and considered long past acceptance. He is an Unmatched Synergian who has lost his chance to become one of the rare new entities. By law he is no longer able to seek his mate.  Now the man is a trainer and teacher at their special school.

Warning! Contains human weaponry, alien attacks, unapproved use of pudding, overly-aggressive males, excessive sex as a health benefit, badly fitting uniforms, trial by antagonistic rulers, and a love that defies the laws of man and nature.