I’ve been thinking about putting little hints and suggestions (aka
Easter Eggs) into my books for quite some time. That, or do a full-blown crossover. Easter Eggs are where references to characters, situations, and places from other books are mentioned. It’s something I’ve wanted to do for a while, but I wondered if my readers would catch any of them. I mean, Easter Eggs are very well known in movies, especially in Disney and Marvel flicks. Why not place one or two in a new book, rather than do an actual crossover?

Well, I went ahead and did it. In Thann, I included two Easter Eggs, and had a blast doing it. One was found (the crossover reference to Slash), but the second reference hasn’t been discovered, even though it’s a lot more obvious and a major plot point. But it's been fun to get emails and PMs asking me if putting such-and-such in the book was intentional. 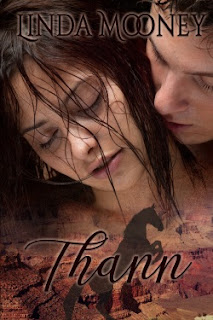 It started with a winning lottery ticket, and could end with her death.


Despite her estranged fiancé raving that it’s a waste of money, Maren Padgett decides to try her luck and buys a lottery ticket with the last few bucks in her wallet. What could it hurt? What Burke Shavet wasn’t expecting was for Maren to actually win. With dollar signs in his eyes, he starts making big plans for the big winnings, contrary to Maren begging him to slow down. She’s uncomfortable with how fast he’s moving, with good reason.
She should’ve trusted her instincts. Pushing a spur of the moment trip to the Grand Canyon, Burke had it all planned out…
Maren owes her life to the people living at the bottom of the canyon. Especially to the mysterious black-haired man named Thann who rescued her. The problem is she doesn’t remember why her life was in danger to begin with. She can’t remember anything actually. But slowly, her memories are returning, and no one is happy with what she’s recalling.