An Interview with Lord Bryce Mitchell


The Inside Scoop
Interview with Lord Bryce Mitchell
Welcome to The Inside Scoop, Radio Transcripts of Guest Interviews. My name is Justin Case, host and executive producer of The Inside Scoop, where we interview the characters in the stories created by author Ruth A. Casie.
This was the fourth interview of characters in The Stelton Legacy series and took place in front of a live audience. I ask everyone to sit back and imagine sitting in a comfortable chair and talking with my guests. I hope my interview is informative and thought provoking and that you enjoy reading them as much as I had conducting them.
If these interviews spur questions of your own, contact me via Ms. Casie at Ruth@RuthACasie.com. She and I will work together to get you answers.
Previously Recorded
Justin Case: Thank you for joining me today at The Inside Scoop. I’m your host and moderator, Justin Case. We’re about to interview Lord Bryce Mitchell of Ravencroft, the neighboring estate to the Reynolds family of Glen Kirk Castle. To clarify, both domains are on the English side of the Scottish border. Through Lord Bryce’s service to the king, he is also a close friend of Lord Alex Stelton, the guardian of Glen Kirk Castle. 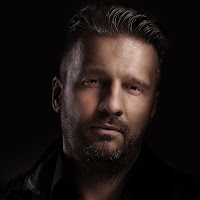 Lord Bryce makes appearances in The Guardian’s Witch, The Maxwell Ghost and The Highlander’s English Woman. You can see he’s an integral part of the Stelton Legacy story. Ah, I see him approaching now.
You can’t miss the man, always dressed in black, holding his signature black leather gloves. He has a shot of black hair and a well-trimmed beard. He walks with a commanding air that I suspect has served him well in court. He certainly looks the part of the black knight. Intimidation has served him well. He’s been battled trained through his youth alongside his neighbor and close friend, Richard Reynolds and cheered on by Richard’s sister, Laura.
(Sound of footsteps approaching)
Justin Case: Good afternoon, my Lord. I’m so glad you could join us today.
Lord Bryce: Case. (A slight nod of acceptance as he sits) Many thanks for the invitation. (He looks at the tankard by his chair)
Justin Case: I secured it from Glen Kirk Castle. (He motioned toward the tankard) I understand it’s your favorite brew.
Lord Bryce: (A smile breaks his set expression) Glen Kirk is renowned for its fine ale. It’s even prized by the king.
Justin Case: I understand the Mitchell and Reynolds families have been neighbors for quite some time.
Lord Bryce: My family has held Ravencroft and the Reynolds have held Glen Kirk Castle for centuries.
Justin Case: (Flipping through notes) My sources tell me you have been found of Lady Laura Reynolds for some time.
Lord Bryce: (His steely eyes take on a dangerous glint. Justin Case mops his brow.) It was a political strategy, I assure you. It’s the thirteenth century. Combining our houses would have ensured the safety and longevity of the castle, besides I’m sure it would please the king to have an Englishman hold the castle and not a Scottish sympathizer.
Justin Case: I understand Laura was called away to Scotland before her parents discussed your proposal with her.
Lord Bryce: Laura went with the Scottish bastard Jamie Maxwell Collins to Caerlaverock Castle to visit with her distant relations. Lord Maxwell saw an opportunity to secure Glen Kirk Castle for his family. If his nephew Jamie married Laura it would further tighten the Maxwell stronghold on both sides of the border.
Justin Case: You grew up and trained with Jamie. He was fostered to the Lord at Glen Kirk. He was—
Lord Bryce: (Bent menacingly forward toward Justin Case) I wouldn’t go there if I were you. Jamie was a filthy Scot who didn’t deserve the air he breathed.
Justin Case: I understand m’lord. That doesn’t change the fact that he married Lady Laura and that their marriage was sanctioned by the King of England himself. Not an easy thing for a Scot in the thirteenth century.
Lord Bryce: Not marrying into the family was a relief. You know the women are all witches—every last one of them. (Bryce glared at Justin Case) And you know what they do to witches.
Justin Case: Lord Bryce, surely you don’t mean—
Lord Bryce: I certainly do. As well as everyone who harbors and supports them no matter who they are or what position they hold. Do you support the arcane arts? (Bryce rhythmically slapped his gloves against his thigh)
Justin Case: I mean to disrespect, m’lord. But the healing arts which the Reynolds’ women are known for is not witchcraft.
Lord Bryce: (Stands up) You think that’s all they do? You have a lot to learn. Read the stories. It is all there, and then you tell me they’re not witches.
Justin Case: (Stands up) I will read the stories, sir. And we will meet again to discuss them. Thank you for your time.
(Retreating footsteps are heard as Lord Bryce leaves the studio)
Justin Case: (Turning toward the audience) Thank you for joining me today. I hope you enjoyed learning about Lord Bryce Mitchell and the part he plays in The Stelton Legacy.
Before you leave, I’d like to acknowledge our station and staff at WRAC for their commitment and fortitude to see this project to fruition. Many technologies had to be developed to make this happen and credit must be given where credit is deserved.
General Manager — Norma Leigh Lucid
Studio Manager — Helen Back
Maintenance Supervisors — Earl E. Bird and Ella Vada
Musical Supervisor — Kerry Oki
Electrical Engineers — Flint Sparks and Les Volt
Sound Crew — Mike Rafone and Constance Hum
Traffic Manager — Joy Rider
Legal Advisor — Sara Bellum
Researchers — Paige Turner and Rita Booke
Commissary Director — Jasmine Rice
Security Directors — Barry Cade and Anna Conda
Funded by donors Hy Price and his wonderful wife Lois Price

Laura Reynolds and long-time friend of Jamie Maxwell Collins are in love. She adores his playful sense of humor, caring nature as well as his strong sense of honor. They have known each other from the time Jamie trained with her older brother at their home on the English side of Scottish border. Jamie has become an excellent soldier except he won’t fight and while she knows him well, she has no idea why.
Jamie Maxwell Collins lives on the Scottish side of the border. Carefree and open, he hides a dark secret so powerful it could destroy his family and those he cares for. He can’t involve Laura in this deception. He mustn’t give her hope for a future together. Instead, he ends their relationship.
While visiting Jamie’s uncle, Laura stumbles upon Jamie’s secret, but has nowhere to turn. The only person with the answer, her brother is gone, killed on a Welsh battlefield. In her heart of hearts she knows Jamie is innocent. Their relationship in tatters and with no hope of reconciliation, she plays a deadly game to find a way to exonerate Jamie even though it means agreeing to a political marriage. She has no idea the entire game has been orchestrated by her future husband, Jamie’s greatest enemy.
Available at:   Amazon,  B&N,  iBooks,  and Kobo
Ruth A. Casie is a USA Today bestselling author of historical and contemporary romance. She weaves exciting and beautifully told legendary tales that are both rich and engaging. Her stories are full of, ‘edge of your seat’ suspense, mind-boggling drama and a forever-after romance. You can see her other stories on www.RuthACasie.com