Have a Howly Wolfenoot!

For those of you who don’t know what that —yet— I'm thrilled to introduce you to this brand new holiday invented by the seven year old son of author/editor Jax Goss.

According to the official website (https://wolfenoot.com/)  Wolfenoot is “when the Spirit of the Wolf brings and hides small gifts around the house for everyone. People who have, have had, or are kind to dogs get better gifts than anyone else. You eat roast meat (because wolves eat meat) and cake decorated like a full moon.”

Well, that sounds like all kinds of awesome to me. I'm just enchanted by the idea. I think that's because it's fun (and God knows we need that now!) it's animal related, and it doesn't come with any unpleasant baggage, like so many of the established holidays do.

Although, people being what they are, I suppose it's only a matter of time. But I digress.

Apparently, I'm not the only one who fell in love with this idea. Something like ten thousand people have expressed interest at the event site:

One of the things I really like about this holiday is that it’s become a force for good. All profits from any Wolfenoot-related art and/or merchandize are being donated to “canine based” charities.

And if you're interested in purchasing any of this wolfeloot yourself, you can find it here:

I was kind of surprised to realize that I don’t have any appropriately themed stories to give away or donate the proceeds from, and, yes, I think I’ll have to correct that oversight very soon. In the meantime, however, I’ll be making a donation to the North Valley Animal Disaster Group:

NVADG has been dealing with animals who were injured or displaced as a result of the devastating Camp Fire here in northern California.

As part of my own attempt to honor the Spirit of the Wolf, I’ve put together a list of books by some of our Here Be Magic authors that feature dogs or wolves. Admittedly, since we are all fantasy authors here, after all, most of the wolves are werewolves and most of the dogs are supernatural, but I can't see that it matters. Fictional wolves are still fictional, with or without the woo-woo factor.

Enjoy and have a howly Wolfenoot!

Doctor Wolf by Jenny Schwartz, book 4 in her Collegium series, is FREE this weekend! (Nov 22-24)

“Some secrets are worth dying for - but Liz Jekyll is a doctor and a werewolf, she's not dying for anyone. So she needs another plan.”

“The two highest laws in the Changeling world are never harm a human and never turn a human against their will. But the wolf within has its own primal rules. If a Changeling’s life is in danger, the wolf will emerge to defend it. It will also rise to the surface, unbidden, to defend a mate at all costs. Because Changelings mate for life!”

And in Dani’s Grim series, humans (and occasionally fae) are transformed into the supernatural Black Dogs known as grims. 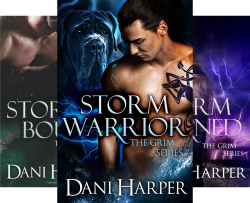 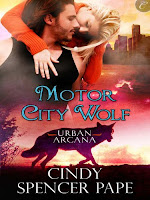 “Less than a year ago, Fianna Meadows was a pampered noble in the Faerie court. Then she was exiled, turned mortal and forced to work for a living—in a werewolf bar in Detroit, no less! Still, Fianna has to admit her new life isn't so bad…particularly when it comes to Greg Novak, the bar's sexy owner.”

On the Scent, by Angela Campbell, is subtitled “a laugh out loud pet detective rom com” check out entire series here:  https://www.amazon.com/gp/product/B011M9EXDW/ref=series_rw_dp_sw

“Warning, this title contains the following: A slow moving wolf and a shy virgin with an addiction to adult movies, date nights gone wrong, and bad guys with bite. But when the good girl goes bad, stand back and watch the fur fly.”

“Scarred and traumatized, ex-Marine Sergeant Joshua Cobb can no longer function amid normal civilization. He's retreated to the mountains of Alaska to live in solitude, where he can battle his personal demons in peace. He has no idea that the injured wolf he rescues will become more than a companion. It will also save his life, and show him a love he only believed was possible in fairy tales. Because the wolf, Qitirin, is more human than anyone could imagine.”