Bring It Back(list): Edge of Heaven


“People have all sorts of misconceptions about angels. They think we’re perfect. They think we don’t have feelings or emotions or lust after each other’s bodies -- and occasionally after yours as well. That’s nonsense. Of course we do. We’re only human, after all. Or at least some of us were. Once.
My name is Edge. I’m an angel. And this is my story.”

Edge of Heaven was one of those weird book ideas that seem to come from out of nowhere.   Once those opening lines appeared in my head, I couldn’t rest until I’d figured out whole the story.  I’m happy to have it up for sale once again. 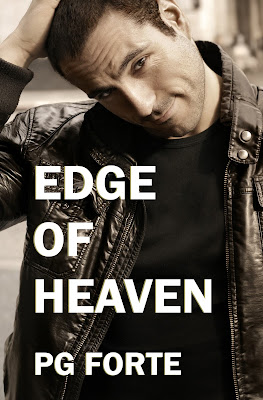 Welcome to the afterlife, where men are men and the angels are fallen.

It was a reckless act of passion that ended Edge's life and left him in Limbo--literally. Now, he's stuck here. While most of the other angels-in-training move quickly up the celestial ladder, Edge knows it can never be that simple for him. He's dealing with issues that are a lot more complicated than a simple lack of closure.

While Edge doesn't know for sure what it will take to get him into Heaven, there is one thing he's certain won't help--his latest assignment guiding angel-baby Matteo Matinucci while the newbie finds his wings.

But twenty-something Mattie--sexy, beautiful, recently departed and openly gay--could turn out to be the answer to all of Edge's prayers, as well as the fulfillment of all his fantasies, even the hot, sweaty, secret ones he's never confided to anyone.

Warning: This book contains angels in the afterlife, a host of heavenly hotties worth falling for, and man on man angel sex--so good, you'll be dying to get some.

Available for purchase at Amazon, Barnes & Noble , iBooks, and Kobo

Edge of Heaven is told in the first person solely from Edge’s point of view. A friend of mine had put the idea in my head of writing the story again from Mattie’s point of view, but my publisher hated the idea. Now, however, since I'm the publisher, I’m pleased to say that Angel Mine is finally in the works!

You can check that out HERE

Email ThisBlogThis!Share to TwitterShare to FacebookShare to Pinterest
Labels: Angel Mine, Bring it Backlist, Edge of Heaven, PG Forte