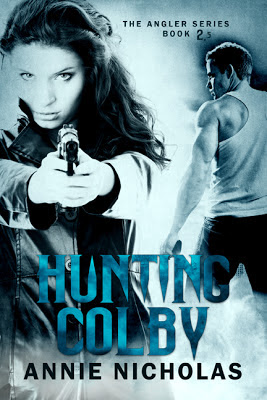 
Once she catches her prey, God help him.

Almost a year ago Gwen had met her mate in the fury of battle. Like most shifters, they knew upon contact. Unlike others, Colby hadn’t stuck around to bond. Never one to surrender, Gwen had left her pack to find out exactly what sent him running. Hopping from country to country, she chased him until she lost his scent.

Not willing to return home with her tail between her legs, she takes a job guarding the newest member of the Nosferatu clan in New York City where she discovers fresh traces of her mate. Hope returns and she takes up the hunt once more.
A slayer’s job is never done and Colby is hunting the vampire who kidnapped a member of his team, but every turn he takes keeps leading him back to the one person he’s been trying to avoid. Gwen. 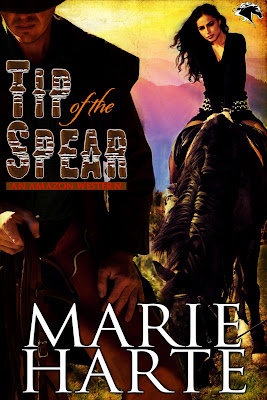 TIP OF THE SPEAR will be FREE from Amazon 12/25-12/29. Merry Christmas and happy holidays from Marie!

Welcome to the New West, where the Nature Laws dictate who lives and dies by the way they treat the land, carnivorous horses and blood trees are accepted mutations courtesy of the sky rocks, and the Impact Zone separates the earth-friendly territories of the West from a more sophisticated, steam-powered East. Women are rare commodities, living in extended families with more than one husband, and children are a necessity in a world where sterility is often the norm. Life is full of challenge, romance and adventure. Something one courageous, wounded Amazon will find out firsthand.

From NPR: Don't Hide Your Harlequins: In Defense Of Romance

From The Mary Sue: THE PSYCHOLOGY OF THE FAKE GEEK GIRL: WHY WE’RE THREATENED BY FALSIFIED FANDOM

Michael Moorcock's technique for How to write a book in three days.

Congratulations Jeffe!
Jeffe Kennedy’s The TWELVE KINGDOMS Series, three books in which the three daughters of a failing kingdom find their own magic and use that to help heal their lands and people while finding love along the way, to Peter Sentfleben at Kensington, in a nice deal, for publication in 2014, by Pam van Hylckama Vlieg at Larsen/Pomada Literary Agents (World).