The Father of Veterans Day

Veteran’s Day (originally called Armistice Day) is an official US federal holiday honoring all who served in the US Armed Forces. It coincides with Armistice Day and Remembrance Day celebrated in other parts of the world.  That the holiday is observed on November 11th and didn’t succumb to the Uniform Monday Holiday Act moving Veterans Day to the fourth Monday in October to make a three day weekend is significant. The observance commemorates the end of the major hostilities of World War I which happened at the 11th hour of the 11th day of the 11th month of 1918.

The holiday was originally proclaimed to honor the fallen soldiers 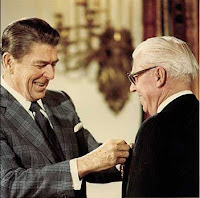 of World War I. In 1945, Raymond Weeks, a World War II veteran led a delegation to Gen. Dwight Eisenhower requesting the day honor all veterans of all wars. In 1954, President Eisenhower signed the bill replacing Armistice with Veterans making it a more inclusive holiday.

Personal Note: THANK YOU to everyone soldier and veteran for letting me go to sleep knowing my family and I are well protected.