Here Be Magic Box Set: 8 Magical Tales From The Realm Of Paranormal And Fantasy


Here be eight wonderful stories of magic and the paranormal, brought to you by eight outstanding authors, headed by New York Times and USA Today best seller Rebecca York. You’ll thrill to high adventure, deep emotion, and that all important happy ever after. Travel from the eastern shore of Maryland through magic realms that will stir your imagination and your senses. From sweet and sexy to high drama and heart-warming, the stories will leave you wanting more from these masters of the fantasy genre.


TERROR MANSION by Rebecca York
His psychic dream can save her life–if she’ll only trust him.
NIGHTGAZER by Joely Sue Burkhart:
A princess on the run. A grumpy wizard stripped of his power. Can she heal him in time to save her throne?
GORGEOUS NIGHTMARE by Angela Campbell:
Can a reluctant psychic stop a deadly killer before the woman he loves is murdered?
SAVED BY THE TRICKSTER by Shona Husk:
Zander has one month to prove he deserves to be let back into heaven. Lysanna is a Trickster, a demi-god charged with making people believe in Light and hope. Now, Zander will have to choose between his duty to heaven and Lysanna.
TALL, TALL TREES by Linda Mooney:
If fighting the animosity between their two tribes isn't enough, Oron and Pellera must battle monstrous creatures and the deadly growler to save their lives and their love.
DEVIL OF BOURBON STREET by Cindy Spencer Pape:
For a widowed cop and a street musician, magic, murder, and New Orleans might add up to love—if they survive.
RAVEN’S SONG by Shawna Reppert:
Set between the first and second books of Reppert’s award-winning Ravensblood series, can a reformed dark mage save an opera star from a deadly stalker?
HEALER OF THE NILE By Veronica Scott:


Can a village healer persuade the god of Fate to help her save a soldier trapped between Life and Death? 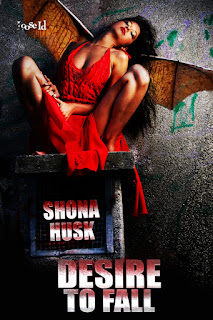 Kya Hawl is an architect on the Precinct One redevelopment, a prestigious and contentious project in the city-state of Velli. While she is happy with her part-time female lover, Judge Elmi Chadee, she wants more. She wants a family and children, for that she needs two men willing to put their life on the line to breed.

Tref Xant and his partner Dru Macon seem like the right guys; however, Tref has secrets and Dru is about to deploy to Precinct One, one of the roughest precincts in Velli. The redevelopment can’t come soon enough. Tref would like to see the place burned to the ground. But even that wouldn’t be able to erase his memories of growing up there.

With Dru away Tref finds himself falling for Kya. Jealousy sparks between the men. A triad can never form as Dru wants Elmi and she has sworn off unions after her sister ran away to join the Terrin Sect.

As riots erupt and the redevelopment is threatened Dru realizes he has to fight for what he wants--something Tref learned long time ago. A four-way union--while unusual--would work. But will the women agree when they learn of Tref’s past? 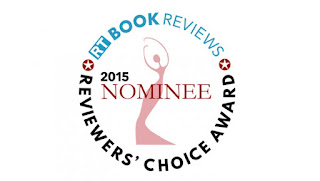 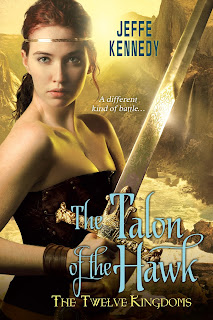 Jeffe Kennedy's THE TALON OF THE HAWK was nominated for Best Fantasy Romance of 2015 in the RT Book Reviews Reviewers Choice Awards!