A Study in Pigheadedness...er, Perseverance

Posted by: Jane Kindred
Seventeen years ago, I wrote a doorstop of a fantasy novel, titled Anamnesis. After several rounds of edits and a few beta reads, I thought it was ready to be published.

Back in the Dark Ages, there was no QueryTracker, so I bought a copy of Writer's Market and did my research the hard way. There wasn't a lot of information there besides addresses (often without the agents' names), and if you were lucky, maybe something about the genres they represented. The other way to find an agent was to look in the fronts of books you loved, and books that were like yours, and see if the authors credited their agents. I compiled my tiny list, and though almost no agents accepted queries by email at the time, I found a few who did, and started with those, moving on to the snail-mail queries after that first handful of rejections. (My query, by the way, was atrocious. There was also no Twitter full of helpful writers to turn to for a quick query critique. And none of the few writers I knew had any knowledge of querying.)

I sent those early queries out one at a time because their listings in Writer's Market insisted "no simultaneous submissions." It took a few years to exhaust my small supply of agents, because after sending off a snail query, you had to wait several months for rejection.

After five years of slow rejections, I started attending novel writing workshops and trying to form critique groups with the writers there. (Those always lasted about one novel—usually theirs. Either they didn't care for my critique or they just didn't feel like reciprocating. But I did manage to find a few good ones.) Around that time, Writer's Digest had also begun offering online courses. For the first time, I had someone to tell me my query was crap, and just why it was crap.

Six years in, I managed to get two requests for partials out of my growing list of agents. (There were now online newsletters and websites that compiled lists of agents, including Writer's Digest and Publisher's Weekly—though you had to pay to get them—so my rejections came faster and many allowed simultaneous submissions. But still almost no email queries.) 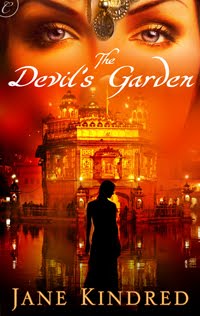 When I'd exhausted that list, I decided to write a novella based in the same world, thinking it might get published in a speculative fiction magazine and earn me some publishing chops to put in my next round of queries. What resulted was The Devil's Garden. What I found out next was that there were almost no SFF magazines left in print, and those few that remained had great disdain for any romantic elements.

At last, I gave up on Anamnesis, and in 2006 I began research for a new book, which would become The House of Arkhangel'sk trilogy. By the time I stopped procrastinating with research and wrote the trilogy in 2009, I looked up and found there was a whole new world of publishing. There were these things called "ebooks," and this place called "Twitter," which was overflowing with writers and agents and publishers, and people wanted to help each other in this process. It was mind-blowing. And through Twitter, I discovered that ebook publishers were actually acquiring novellas.

In 2010, I sold my first work of fiction longer than a short story, and The Devil's Garden was published by Carina in 2011.

When edits were finished on Garden, I did a major overhaul of Anamnesis, breaking it into a trilogy and adding additional material. Ultimately, Carina passed on the novel, but a mere 17 years after this adventure began, I'm thrilled to announce that the first installment of what began as Anamnesis has finally been released into the wild: Idol of Bone, Book 1 in the Looking Glass Gods series, was released in ebook and trade paperback on Tuesday.

The moral of this story? Don't give up on your baby if you believe in it—even if it takes 17 years for that baby to grow up. 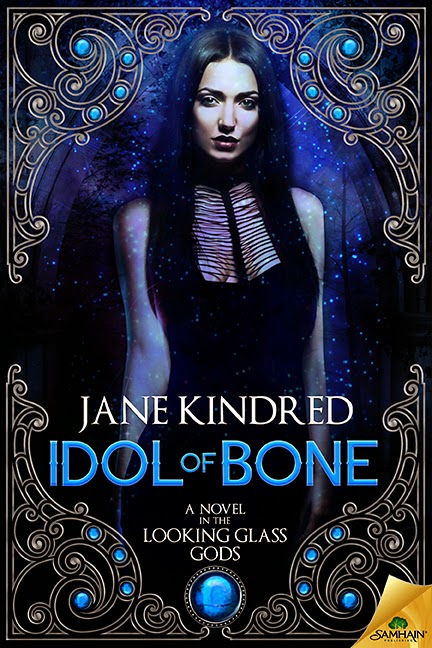 One stranger seeks to claim her heart…another is destined to destroy her.

Ra. Just two letters. Barely a breath. When she stumbles into the frozen Haethfalt highlands, her name is all she has—the last remnant of a past she’s managed to keep hidden, even from herself. Her magic, however, isn’t so easy to conceal—magic that’s the province of the Meer, an illicit race to which she can’t possibly belong.

The eccentric carpenter who takes her in provides a welcome distraction from the puzzle of herself. Though Jak refuses to identify as either male or female, the unmistakable spark of desire between them leaves Ra determined to find out what lies beneath the enigmatic exterior.

But more dangerous secrets are brewing underneath the wintry moors. Jak’s closest friend, Ahr, is haunted by his own unspeakable past. Bounty hunters seeking fugitive Meer refuse to leave him in peace.

Harboring feelings for both Ra and Ahr, Jak nonetheless struggles to keep them apart. Because like the sun and the moon coming together, their inevitable reunion has the potential to destroy Jak’s whole world.