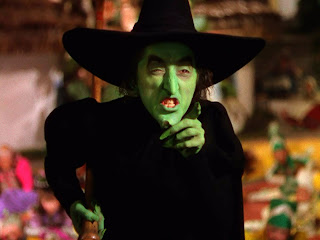 An article on the Ms. Magazine blog about the movie Oz the Great and Powerful caught my attention today. I was looking forward to seeing this movie, but I was disappointed to read about its negative messages (or at least a lack of positive ones) about women. According to Natalie Wilson at Ms.:

The film speaks neither to the many strong female characters that populated L. Frank Baum’s books nor to the feminist, progressive leanings of its author. Instead, it trades in the notion that women are indeed wicked—especially those women not “tamed” by a male love interest or father figure, as well as (horror of horrors!) those women who lack nurturing, motherly characteristics.

It seems to be a disturbing trend in fantasy right now—certainly among fantasies making it to the big screen. Hansel and Gretel: Witch Hunters, and Beautiful Creatures are two other recent movies whose premises seem to rely on a rather medieval concept of women as the ultimate bad. 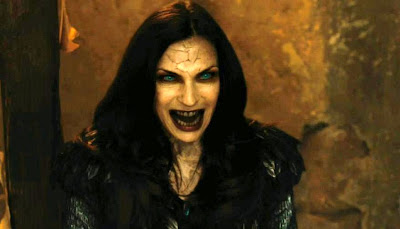 Sure, there are one or two good women in these stories, but the evil they’re battling is epitomized by those women who’ve chosen to embrace the qualities that are depicted as unfeminine—notably, a hunger for power. It’s the woman who chooses not to act on her power, not to “give in” to it, who is seen as the righteous woman.

On a similar note, it’s been bothering me increasingly that the heroines in urban fantasy, the branch of fantasy I read most often, are often seen as “one of the guys,” and rarely have more than one female acquaintance—whose role usually consists of two-dimensional “you need to get laid more” conversations. If there are any other women in the story, they’re generally conniving and, let's face it, wicked. It’s as if there isn’t room for more than one strong, positive woman in the heroine’s world. I can’t think of many urban fantasy heroines who have strong female friends—though there are a couple of notable exceptions that both happen to be television series: Lost Girl and Once Upon a Time. I think if it weren’t for these two series depicting a full range of strong women, I’d be despairing of any hope for the future of women in the genre.

All of this got me thinking about my own series, and how I have not one, but two “wicked” women whom my heroine must battle. I remember when I originally chose to turn it in this direction that I was consciously thinking about how I didn’t want a typical “bad guy,” so mine would be female, but I wonder if I just fell into the same trap. Do I now have a typical “wicked woman” instead?

I can only hope the additional female characters in my trilogy round things out. The heroine has one close female friend who isn’t strong in the physical sense, but who endures a great deal for her and has a strong heart, and she also has a kickass female Nephil second-in-command who was in the Russian special forces and teaches my angelic heroine Russian martial arts. There are a couple of additional female characters, as well, who start out on the wrong side but end up making some positive growth by the end of their story arcs.

It’s too late to make changes in that story now that the final book in the trilogy has just finished its last round of edits, but it’s definitely giving me something to think about as I work on my new WIP. So far (about 35K in) I have a heroine with no female friends, and the other female characters are all somewhat antagonistic in nature—the very thing that’s been bugging me in the books and movies I’ve been noticing. Looks like it’s time for me to stop and reexamine where this story is going.

Thanks, L. Frank Baum, for the century-old reality check.