Myth-Contheptions in the Monster Haven World 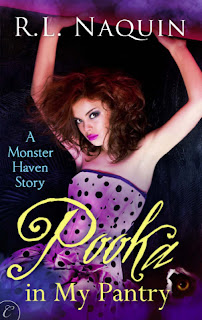 I know. Pookas aren't exactly a mainstream mythical creature. That's why I wrote about them in What's a Pooka and Why Is It in My Pantry? recently. You can't write a book called Pooka in My Pantry without getting at least a few questioning looks.

But we all know what leprechauns are, right? Those are everywhere, especially right now, with St. Patrick's Day just behind us.

So, why doesn't the folklore we all know about these creatures match up with what goes on in my books? Because I'm a writer. And in our own worlds, writers are gods. We're power-mad ass-clowns. And we don't know how to leave well enough alone.

Rather than send you into the Monster Haven world cold, here's a sampling of creatures you can expect to meet, and why they probably aren't what you expect. 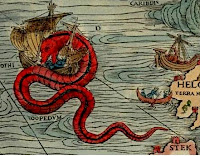 Myth--Giant snakes or eels big enough and angry enough to wrap around a ship several times and crush the ship in its coils.
Reality--Mammals who give live birth and are small enough to fit in a full-sized swimming pool. Can be very affectionate. 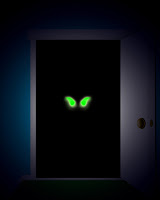 And of course, Closet Monsters

Myth--Scary monsters who lurk in the closets of children, only coming out at night in order to terrorize children, probably in preparation of eating the kids once the adrenalin properly tenderizes the meat.
Reality--Closet monsters are people, too. They have families and hobbies, and eating a child is a horrifying idea. If you can't sleep, Maurice, at least, will probably make you hot cocoa and cut you a nice big slice of pie he made fresh the night before.

So, leave your childhood stories at the door. What you know might not be true at all. You might still get killed, sure. But people are people, no matter what species they belong to. There's good and bad in everyone.

Even a pooka might be convinced to help you from time to time.


Rachel’s head is packed with an outrageous amount of useless Disney trivia. She is terrified of thunder, but not of lightning, and tends to recite the Disneyland dedication speech during storms to keep herself calm. She finds it appalling that nobody from Disney has called yet with her castle move-in date.

Originally from Northern California, she has a tendency to move every few years, resulting in a total of seven different states and a six-year stint in England. Currently, she’s planning her next grand adventure. Rachel has one heroic husband, two genius kids, several annoyed cats, and an imaginary dog named Waffles.

She doesn’t have time for a real dog.