There are hundreds of “how-to” books and instructional quotes on how to build convincing, characters. But even after you’ve read them, it’s sometimes difficult to apply the systems or lessons. Or you apply them, and still feel that something is missing.

I’ve talked to other writers who swear by “interviewing” their characters or writing snippets of backstory from the point of view (POV) of side characters and villains. I tend to write in first person, so I often write back story for important characters whose minds we don’t get inside. Anything to get to know them better.

As I’m writing this, I’m multitasking, talking with family and friends gathered to watch mixed martial arts fights. We’re discussing the fighters and the match-ups. I cannot think of any situation in which a person’s true personality is revealed more than during a fight. These fights are regulated. There’s a ref in the cage and doctors outside, and rules for how and in what situation certain moves can be thrown. There are cornermen and coaches. The fighters have trained for weeks or months for this specific match. Life is rarely kind enough to give a character advance warning of a conflict.

Now, I’m coming at this as an urban fantasy author. My stories have moments of violence, some horrific circumstances, chases, and catchings that can be either terrifying or ecstasy-inducing. But I think that the following characteristics can be components of characters in non-violent stories as well. Even pacifists have tendencies that will influence their reactions to pressure and strife. All stories contain conflict, and conflict takes people out of their comfort zones and tests their mettle. Are they strong? Are they flexible? Does denial come easier to them than accepting truth?

When provoked, does your character jump straight in, without evaluating the full situation or ramifications of such action? Or does she wait for her antagonist to strike? Does she need time to think, and to see that the confrontation has actually escalated to this level? The counterpuncher isn’t oblivious or stupid. She’s tactical. When her opponent blows his top and strikes, she responds immediately. Yes, she will take that first punch, but her response will be thoughtful and potentially devastating. It will often be a surprise to the aggressor, who was either acting impulsively or mistook her for a passive opponent. 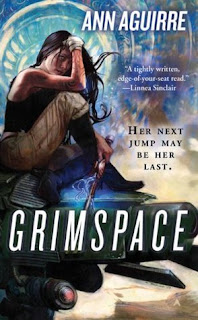 Both are defensive actions, meant to spare the fighter from the pain of a direct blow, but they achieved different ends. Fighters generally block by getting their arms up to take the brunt of a blow that would have been more painful if it landed elsewhere. A deflection is a redirection of the aggressive act that skims it of energy or strength. In characters, it's often achieved through humor or over-the-top reactions meant to throw aggressors of the scent of important feelings.

3. By the Book or Improvisation

Fighters generally enter the ring with a plan for both offense and defense. They know the tendencies of their opponent. Maybe they’ve fought them before, or observed them fight. Maybe they’ve watched tape of previous matches or talked to others who’ve fought them. They have a strategy for attacking the opponent’s weaknesses, and another for defending against her strengths. However, fights do not always go according to plan.

When, in the course of battle, the fighter finds that the strategy isn’t succeeding, she has two basic options. Either keep going, hoping to wear the opponent down or land enough blows to win by decision, or improvise. Try new tactics, change stance, or revert to tactics the fighter is more comfortable with rather than ones learned in the days leading up to the fight. Some fighters are not able to change in the heat of battle, even if they know they should or want to.

4. Fight to Submission or Fight to the Death*

This isn’t only important to characters who are in life or death situations. While that may not be a component of your story, I think it’s good to determine how far your character might be willing to go for her goals. Would she be content to achieve comfort or companionship, or does she want absolute security or burning passion? This requires some honesty. Often, what a character initially believes she wants isn’t the most important thing, but rather something she’s been led to believe will satisfy her.

A side note here. The fight-to-submission types may not do so because that’s as far as they want to go. It may instead be that outside pressure or forces have made them reluctant to push too far. This could be characters who have hurt someone accidentally in the past and don’t ever want to do it again, or those who don’t believe they deserve the thing or person for which they fight. In urban fantasy, a lot of characters start as submitters, until they either learn their worth or find someone worth sacrificing themselves for.

Submission: St John Rivers, from Jane Eyre (I know, it’s stretching, but I had a lot of trouble with this one. All I could think of were exes and bad parents)

Death: Pretty much everybody in urban fantasy

Who are some of your favorite characters who have these attributes? Where do your own characters fit?

*To the pain only happens in The Princess Bride.

Fighter Photo by Kieran C.
***
Regan Summers lives in Anchorage, Alaska with her husband and alien-monkey hybrid of a child. She is a huge fan of the low profile. She likes books, ottomans with concealed storage, small plate dining, libraries, Corporal Hicks, some aspects of pre-revolutionary France, most aspects of current Italy, and books.

Her Night Runner series, including Don’t Bite the Messenger and Running in the Dark, is available wherever e-books are sold.