A few years ago, my mother broke her neck. It was a really bad break. Bad enough that they prescribed some very large doses of some fairly hefty painkillers–and then kept her on them for several weeks during which she was….well, in the words of Willy Wonka, she was living in a world of pure imagination.

But when November rolled around, it brought Hallmark’s Countdown to Christmas. And that was a Christmas miracle. Everyone is happy in Hallmark Christmas world, and if they happen to be going through a less-than-happy spot, it’s generally nothing that a cup of someone’s secret recipe hot chocolate, or a kiss under the mistletoe won’t cure.

It didn’t matter if she missed half of one movie because she was arguing about what state she was currently living in (hint: it was the same one she’d been living in for the past 20 years, the same house for most of those, although she didn’t believe that, either). Or if she woke up from a nap and found herself halfway through a different movie. Because the same actors were sure to be in that movie, too! And, whatever was going down on screen, it was always clear that, sooner or later, either Lacey Chabert or Candace Cameron Bure would end up with Tyler, or Chad, or Jack, or Andrew…or all of the above. Except not all at once, or in a kinky, polyamorous way. Unfortunate, but there you have it.

The only person who was less than thrilled with this was my father. He loved mysteries. And there’s nothing remotely mysterious about a Hallmark romance. I mean, unless you count figuring out the identity of your secret Santa.

“They’re all the same story!” he used to complain. And, YES, I kept trying to tell him, that’s the WHOLE POINT.

I kind of love the repetition, to be honest. The reason that so many of the same things happen in multiple Christmas books and movies is because they’re the kinds of things that a lot of real people do—in. Real. Life. Things that they do repeatedly. Year after year. You can call it tradition, you can call it habit, you can call it clever marketing or a serious lack of originality…okay, just make sure you’re not standing too close to me when you say the last two, but it’s part of what makes Christmas…well, Christmas. And I am THERE for it! 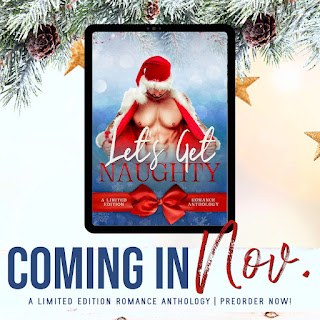 Let's Get Naughty
A Limited Edition Romance Anthology
If you think it's too soon to get on Santa's naughty list...think again.
Cancel your plans and spend this holiday season with 36 romance authors who have teamed up to bring you a delicious holiday treat. Come on over, grab a blanket, and get started on finding your next favorite author today.
Let’s Get Naughty is the perfect anthology for you to binge this holiday season.
Pre order HERE: https://books2read.com/letsgetnaughty
BUT FIRST!!! 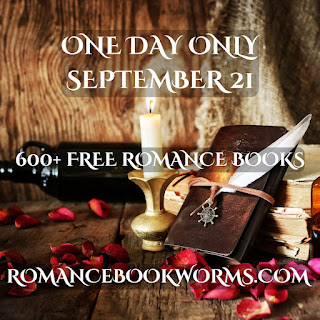 It's happening tomorrow! One day only. Wednesday September 21st. Get ready to fill your e-reader with over 600 free romance books at https://www.romancebookworms.com