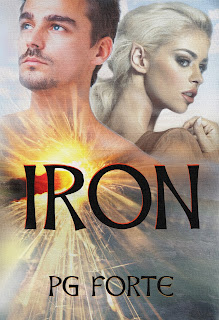 Nineteenth century Ireland. Blacksmith Gavin O'Malley is a bitter man, with a heart as hard as the iron he forges. He wants his life back--the one that was stolen from him the day his wife died in childbirth, taking their firstborn son with her.
https://www.pgforte.com/celtic-legends

Eight years ago, Ophelia Leonides's husband cast her off when he discovered she was not the woman he thought she was. Now destitute after the death of her father, Ophelia is forced to turn to Dario for help raising the child she never told him about.
Dario is furious that Ophelia has returned, and refuses to believe Arthur is his son - after all, he thought his wife was barren. But to avoid gossip, he agrees to let them spend the holidays at his villa. While he cannot resist the desire he still feels for Ophelia, Dario despises himself for being hopelessly in love with a woman who can never love him back.
But Dario is wrong: Ophelia's emotions are all too human, and she was brokenhearted when he rejected her. Unsure if she can trust the man she desperately loves, she fears for her life, her freedom and her son if anyone else learns of her true nature...
Buy Links at: https://www.pgforte.com/winter-hearts