How Do You Halloween? 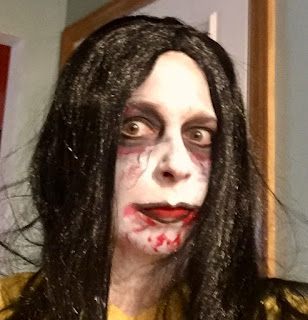 Halloween doesn’t have to have an age limit. Even though some neighborhoods forgo the traditional costume wearing and trick or treating, or put an age limit on it, that doesn’t stop some of us.

It could be that there’s something about the leaves starting to change colors, the air getting cooler and the plethora of spooky movies filling the movie and television screen that makes us want to join in the festivities.

Or maybe it’s just me?

Have you taken advantage of the month of October to:

Need Some Help Getting Into the Spirit of the Season?

If you like ghost stories that might tempt you to leave a light on at night, or to tread a little more carefully through the house, check out my book Evil Speaks Softly. 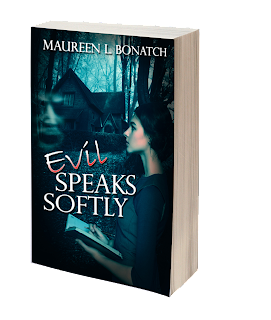 They were never supposed to meet. Fame came easy for Liv by following in the footsteps of the female writers in her family. The cycle repeated for decades…until Liv changed the story. Her villain doesn’t like the revision—and he isn’t a fictional character. In his story, the bad guy always wins.

They were never supposed to find love. Liv never questioned her demanding nocturnal muse, or the strange incidents in her old, family home until she met Gage. His job was to watch her from afar, not reveal the truth about the curse and the stories of the dead.

They’ve broken all the rules. Together they unravel secrets as they strive to stop the cycle. Liv’s ability to find love, and protect her loved ones, hangs on the fickle whims of the dead—and they’ve got nothing to lose.

Look Halloween in the Eye and Laugh?

If you prefer to keep the humor in Halloween and find the fun in all things magical, check out my book, Grandma Must Die. 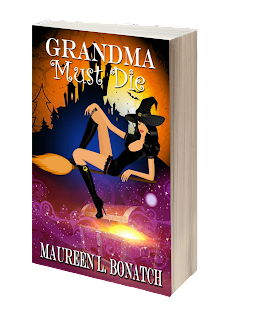 Carman has worn out more towns and last names than impractical shoes protecting the secret of her magic blood. But when a friend goes missing, and another is infected with a deadly spell, Carman must choose. Expose her magic blood by curing the spell—or stop the infection from spreading by killing the source…the grandmother.

Magic bounty hunter Dylan has scoured libraries of banned magic paraphernalia seeking a method to distinguish genuine witches from impersonators. He suspects unorthodox librarian Carman might hold this information tighter than the hair he’s dying to unleash from her bun. With a past as hidden as his sleeve of tattoos, Dylan discovers he’s been used to gain Carman’s trust and their passion risks more than mixing mortals and magic.

Win Some Treats of Your Own?

The authors at Here Be Magic looooove sharing treats this time of the year—and we want to help you fill your list of movies to binge watch this month, or avoid if you don't like to be scared. Check out our weekly Friday posts about Scary Movies this month (and enter to win some treats!)

Here's what you've missed so far this month:


Be sure to stop back Friday for the next Scary Movie installment this month.

Visit My Author Page or Website for some more stories perfect for the Halloween Season.

Want to talk about everything Halloween?

Put the word “Halloween” in the search field on this blog and you’ll find everything and anything Halloween! What can we say? When you write fantasy and paranormal, you usually geek out a little this time of the year with all things Halloween.

So Tell Me, How Do You Halloween? 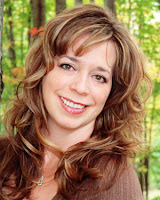 Author Bio: Maureen Bonatch grew up in small town Pennsylvania and her love of the four seasons—hockey, biking, sweat pants and hibernation—keeps her there. While immersed in writing or reading paranormal romance and fantasy, she survives on caffeine, wine, music, and laughter. A feisty Shih Tzu keeps her in line. Find Maureen on her website, Facebook & Twitter

Be the first to know about Maureen’s book sales and new releases by following her on BookBub, Amazon and/or signing up for her newsletter

Maureen
Making the ordinary extraordinary and laughing all the way