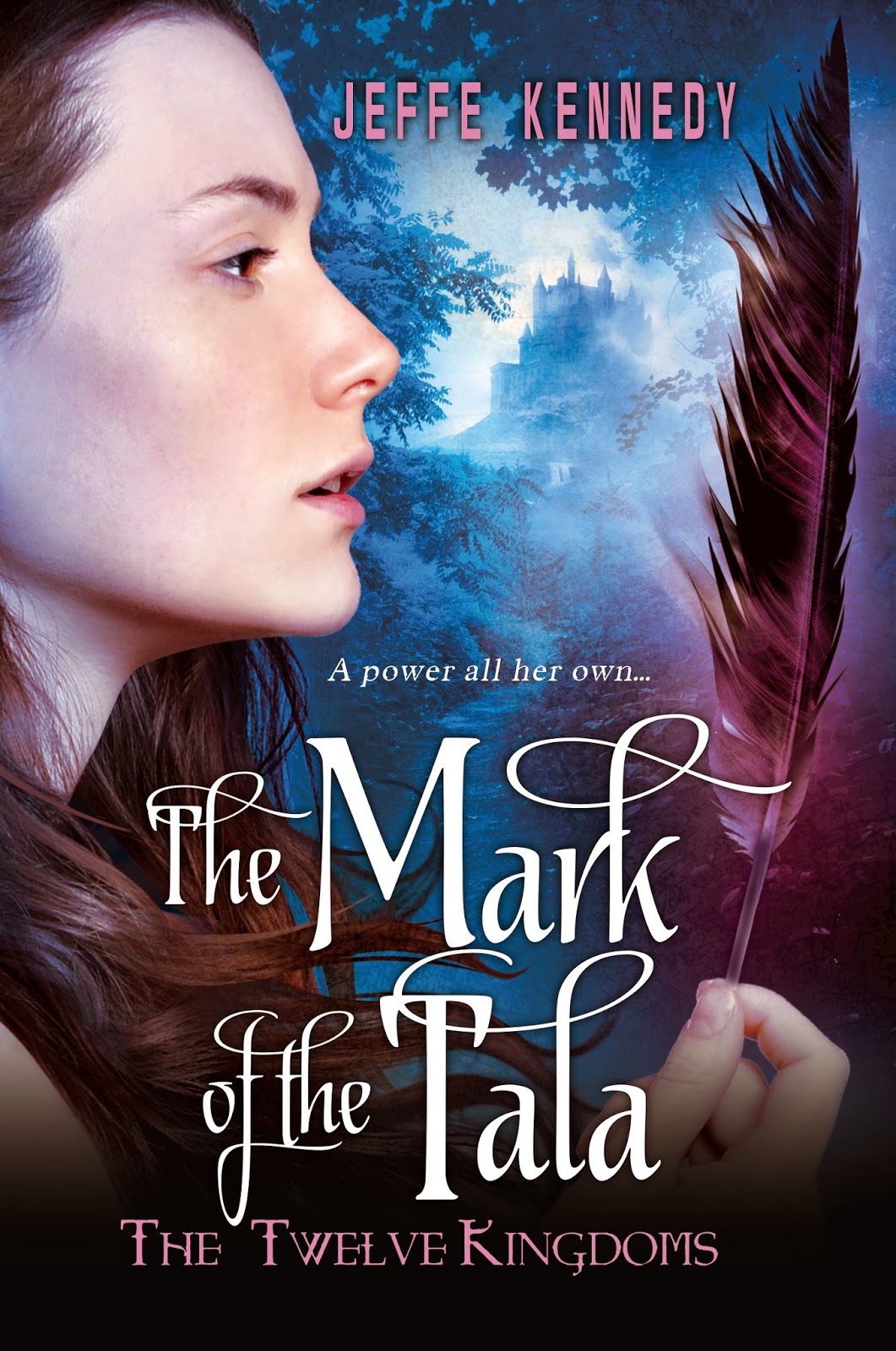 One of the very best parts of having a book release is that the story is finally, finally, finally, out in the world. Which means people talk to you about it. It's a funny thing, because when you're writing a book, it's just you and the story for such a very long time. Then gradually more people start participating, in graduating circles - critique partners, beta readers, agent, editor, production people, reviewers - and then it explodes into the entire readerverse.

This is what's happened since THE MARK OF THE TALA released a few weeks ago.

Each expanding circle brings new ideas. My CPs tend to think a lot like I do. My agent IS my agent because she gets me. My editor bought the book because he gets me. By the time I hit the larger readerverse, the story is read by people who are not already on my team, so the feedback gets really interesting.

One of the most interesting so far is from a guy, who is also an internet friend/acquaintance. He really liked the book (yay!) and then he asked: Will there be any men in positions of power besides Rayfe (the hero of this book) who are not corrupt and basically complete shits.

The question took me aback. I'd never looked at the book - or the series - from that lens.

And I cast over the characters and events in my head, because I've been through edits on book 2, THE TEARS OF THE ROSE, and just finished book 3, THE TALON OF THE HAWK, and.... well, pretty much no. Really no other admirable men in positions of power. Plenty of wonderful men, just not in charge.

I half found it funny. Was also half chagrined.

So I mentioned it to my production editor at my publisher. She's one of those who came in on a later, larger circle. She first read the book after it came to her for copy edits. And she took the time to email me (this does not happen often) to say how much she loved THE MARK OF THE TALA. She's one of those fantasy readers who ritually rereads Tolkein's THE LORD OF THE RINGS every year. She's smart, insightful and has a major love of fantasy. So, we were emailing about her edits on THE TEARS OF THE ROSE, and how she loved it Even More (yay!), and I told her about this guy's question and how I felt slightly chagrined about it.

This is what she said: I think it’s just freaking great that there’s no uh, male power in these books. There’s plenty of that in the real world. And in the rest of fiction. And movies and all other art forms.

And I thought, you know, she's right. I didn't plan it that way, but this emerged from my world view, a story about three princesses, daughters of the High King, and how THEY deal with power.

It is just freaking great.

Email ThisBlogThis!Share to TwitterShare to FacebookShare to Pinterest
Labels: Gender swapping, Lord of the RIngs, The Mark of the Tala, The Talon of the Hawk, The Tears of the Rose, The Twelve Kingdoms