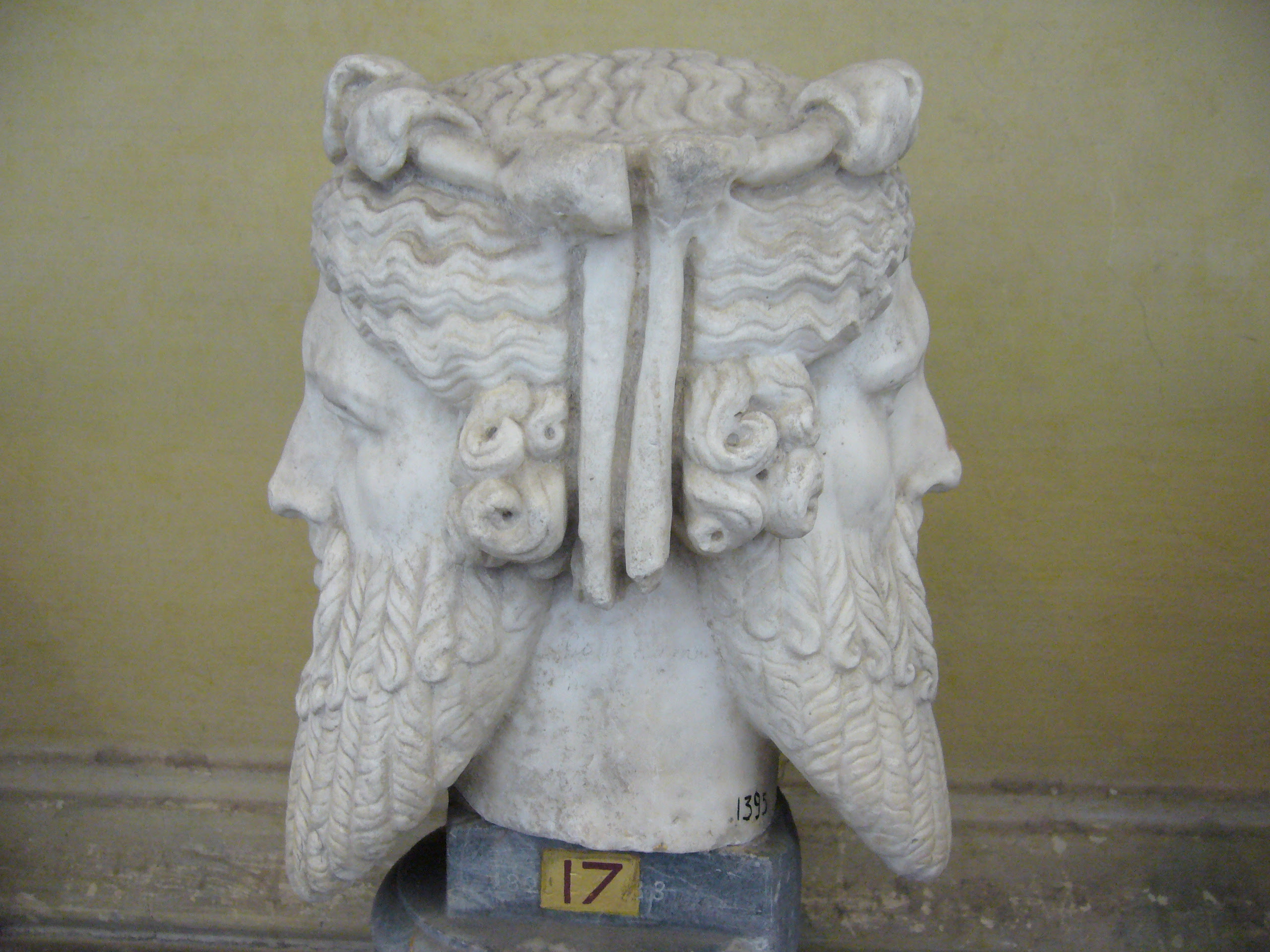 January is named for the Roman god Janus (said yon-us). My introdution to Janus came from Buffy the Vampire Slayer, when the evil Ethan Rayne called on him as a god of chaos and magically turned all the protagonists into their Halloween costumes. It was a hilarious episode, and Janus' appearance as a god with two faces pointing opposite directions was a perfet metaphor for Ethan's two-faced nature and the chicanery in the episode.

Turns out that *gasp* the Janus of Buffy has practically nothing in common with the god worshipped by the Romans. The Janus of ancient Rome indeed has two faces, but that's due to his nature as a god of transitions--one face looks back at where you've been, and the other forward toward where you are going. He was placed in doorways and on bridges as a god of the portal, a reminder that every exit is also an entrance. Every ending is also a beginning. In this role he is also the god of the New Year.

Personally, I'm a happy camper about transitioning to 2014. In 2013, my husband and I had to return our foster daughters to their bio mother, a medical condition has caused me to reinvent the way I eat and my publisher and I have parted ways for my current series. It's been a rough year. Next year will see us rebuilding from the destruction of 2013. Instead of Janus' calm moving forward while reflecting back, I feel like Kali's wild destruction and creation might be more symbolic of this year.

People have started asking me about New Year's Resolutions, but I mostly don't feel ready to do that yet. One thing that I've been kicking about is starting a "Happy, Healthy Writer" website as a 100% judgment free zone for writers (and other desk-jobbers) to support each other in our health goals--whatever they happen to be. I think too often places set a standard for what health looks like, and for many of us these ideals created by people whose lives revolve around diet and exercise can seem unrealistic or simply don't fit in with our own goals. For example, I don't care how much I can deadlift or how many miles I can run (and I don't even want to know what my body fat percentage is, much less get/keep it in a certain range), but I'd like to be able to do two pullups in a row, and I could sure use some moral support staying on my hellacious new low histamine diet! But right now that website's an idea, not a goal.

What's your Janus-uary status? What are you reflecting back on or looking forward to as we transition from 2013 to 2014? And is anybody else interested in an HHW social forum?