The Pesky Ten (not to be confused with the Big Ten)

Posted by: Marie Harte
I thought I'd share my ten biggest pet peeves when it comes to futuristic, fantasy and paranormal romances. I'll admit I've been guilty of committing one or two of the listed offenses. But never all ten, and never all at once.

1. Common names which have uncommon spellings. For example, Fred is Fredd. Alicia is Alysia, Amber is Ambur, etc. I mean, if you're going crazy on names, at least go big. Like B'anfel or Durantanesh. Something way bizarre. Not Cheryl spelled Sherral or Cathy spelled Kathiey (yeah, not making that one up).

2. Every single epithet is by the gods. Not crap, shoot, or something else. But gods, gods, gods. Could someone, sometime, just pick one and curse him/her out? Must everyone worship two dozen deities?

3. Paranormal heroes and heroines who can never die. You think they can, but they become so powerful nothing can take them out. Hello? Where's the drama? The high stakes? Why did I bother reading this book if at the end the hero is more powerful than everyone he's ever met or battled against, and there was no chance he could lose?

4. Super, über attractive heroines without a flaw. Everyone wants them, and they're so perfect it makes my teeth ache. They're also cookie-cutter and one-dimensional.

5. Heroes who act like jerks for 98% of the book, never apologize, and STILL get the girl (or guy). The literal alpha hero is not a likable character. But it's fiction, so why can't he be written as sexy and controlling but nice as well?

6. A series that delves so into the world in which it's set that it forgets the romance. I have a huge bone to pick with an author that did this after making me love her first five books. I wanted to rip my hair out when I sunk time and effort into reading story after story, only to find each hero and heroine getting less and less time, while the minions and gods took center stage. Not a problem if you don't bill the goods as ROMANCE.

7. Paranormals set in contemporary times where the heroine is a virgin and has no idea what sex is. I mean, come on. At some point, her tongue has been in a place it shouldn't have been. Right? Or is my mind stuck in an eternal gutter?

8. Vampires that overly defy convention. Why make it a vampire book if the vampire can see the sun without dying, doesn't need blood to survive, and thinks stakes are for sissies? Then isn't the character, er, not very vampiric?

9. Why must every empire be evil? It's not all Star Wars. Can't some impiriums and starfleets and planet coalitions be good?

10. Last but not least, why is every alien humanoid? I know Star Trek set a high bar, but it's kine of nice when authors use creativity and make up worlds where the leading intelligence exists in a moss-like substance that sticks to trees. Granted, I don't to read about green goo kissing brown goo, but it's a lot more realistic to think there may be intelligent life out there that doesn't resemble us. We humans are cool, but we're not that cool.

And that's my Friday wrap up. Have a great weekend, and gods, but I hope you read a great book. (See, isn't that annoying?) 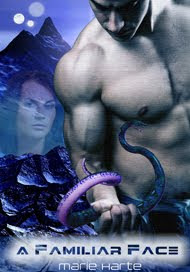