3 is a Magic Number (Giveaway)

Posted by: Jane Kindred
Three represents the holy trinity in a number of religions, considered by some to be the perfect number. It's also the standard number of wishes one gets in a fairytale. Or the number of chances you get, if you're Little Bunny Foo Foo, to stop scooping up field mice and bopping them on their heads before you're turned into a goon by the Good Fairy. Fairies, genies, witches...they like doing things in threes.

Three is also a magic number in the construction of fiction. Trilogies are a staple of the SF/F world, especially in epic fantasy. Why do we tell epic stories in threes? It's the basis of the three-act play, dating back to the epics of ancient Greece. It's also the logical extension of the modern story arc: Beginning, Middle, End. And it certainly makes a convenient framework for an author who wants tell a long, complex story without overwhelming readers with one truly epic tome. Plus, it gets the reader to come back for more. And three also makes for a lovely multiple: the trilogy of trilogies, such as the original intent for the Star Wars saga. (Hopefully, soon to be realized. I'm looking at you, J.J. Abrams.)

But the End part is what I'm particularly concerned with today.

It's release day for The Armies of Heaven, the third book in my House of Arkhangel'sk trilogy. I'm excited to finally have the whole story out there, and yet sad to have come to an end of this particular story. One of the reasons I write in threes is that I have difficulty letting go, and it gives me a chance to hold on to the characters I love—whether I'm writing them or reading someone else's—without going on so long that it starts to lose its glow.

So today I say goodbye to Anazakia's journey. Begun in The Fallen Queen, and continued in The Midnight Court, The Armies of Heaven is where her journey ends. Because three is a magic number. Don't believe me? Listen to Schoolhouse Rock:

(Awesomely, it is exactly 3 minutes long.) 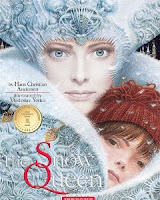 
In celebration of my book release day, I'm also giving away a trilogy of prizes: three winners will be chosen at random to receive one of three prizes: a $50 gift certificate to Amazon or Barnes & Noble, a set of three signed paperback copies of The House of Arkhangel'sk trilogy, and a copy of one of my favorite books and the inspiration for this story, Hans Christian Andersen's The Snow Queen, gorgeously depicted by Ukrainian illustrator Vladyslav Yerko. Enter using the Rafflecopter at the bottom of this post.

The Armies of Heaven is available now at Barnes & Noble, Amazon, and more.

Email ThisBlogThis!Share to TwitterShare to FacebookShare to Pinterest
Labels: giveaway, Jane Kindred, new release, The Armies of Heaven, The House of Arkhangel'sk, The Snow Queen