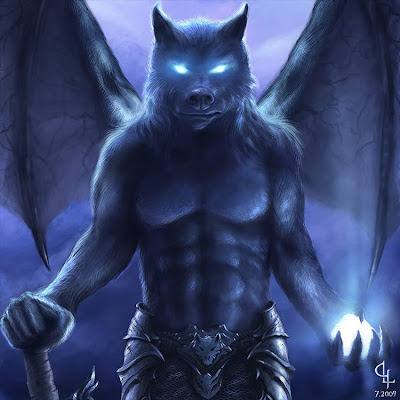 Okay, I admit it. I'm a sucker for shapeshifters. The vampire craze hit and I was excited to see paranormal romances taking up shelf space in the book stores, both virtual and brick and mortar. But then the market became glutted with them. You couldn't turn around without bumping into a vampire in love.

Now it seems like shapeshifters are having the same popularity. And I think they work better as romantic leads than the vampires did. Sure, the undead with their angsty pasts and need to share life with blood-infused young things has its moments. The Twilight series certainly remains popular with both women and girls. And who can resist watching (or reading) True Blood with its hunky bloodsuckers Viking Eric and Southern gentleman Bill?

But another popular upstart in the serie 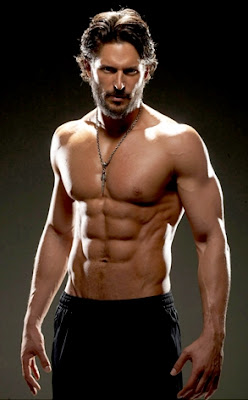 s is a werewolf with abs to die for. (See Alcide, the werewolf, to the right.) There's just something about an animalistic man, savage and raw, like his "inner beast," that's compelling. People can be cruel, but animals mostly exist to survive. Their emotions seem purer, so I think we as readers translate that animal passion and intensity into shapeshifter heroes. And really, have you ever read about a stick thin anorexic and pale shapeshifter? Nope. They all seem to have rockin' hard bodies and the endurance to go all night long. All. Night. Long.

So yeah, I'm all for shapeshifters gaining in popularity. They're going head-to-head with demons and angels, what with 2012's close right around the corner. But the world will go on, 2013 will persevere, and shapeshifter love will continue. At least, I'm hoping. My own shapeshifter series has been pretty popular with readers, and it's just so much fun to write about men and women who can become cats, wolves, bears, and more. So have a wild and furry Tuesday. :)