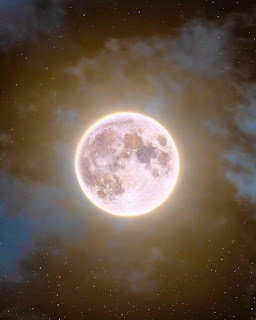 They slipped underneath the chain link fence that separated the village from the outer regions of the city that was off-limits. Ignoring the sign that read DANGER! RADIATION ZONE!, they remained hunched over as they scurried over the barren ground until they reached the dark shadows cast by the tall, crumbling buildings. The weather had turned unusually cold, which meant the guards were huddled inside their little sentry shacks, trying to keep warm. That had given them the advantage they’d been hoping for.

Aris stopped at the end of one street and dropped to his knees. Famke crouched behind him to keep watch as he checked the map. “Can you read it?” she whispered. They didn’t dare use the flashlight they’d brought with them for fear of having the light spotted within the dark ruins, and the laws were very strict about people trespassing.

“Yeah.” He pointed skyward. “The moon’s bright enough to see by.”

She glanced overhead. The milky orb looked huge where it hung just above the rooftops. It was so bright, she could read the names on the buildings. “Can the guards see us here?”

“Not unless we walk out so it shines on us,” he remarked. “As long as we stay in the dark, we’ll be okay.” He checked the map again, then grunted. “What’s the name of this street? Can you tell?”

They both squinted at the rusted sign poking out of the crumbled cement slab nearby. “I think it says Borleans. B-o-r-l-e-a-n-s. Is there an Borleans on the map?”

He gestured to their right. “That way, I think. If the next street isn’t Tumball, then we need to backtrack and go left.”

Famke snorted. “What if Tumball is two streets that way?”

“It isn’t because this road beside us is Dekker. We’re on the right block.” He turned the old paper map around. “I just can’t tell which side of the block we’re on.”

They went right. It was approximately fifty or so feet before they reached the next intersection, but by then they no longer had to check street names. Their destination lay right in front of them.

Famke gasped as she stared at the ornate carved stone edifice of the building. She would have been satisfied to stare at it longer but Aris grabbed her hand and pulled her inside with him. “I thought you said it was safe to be outside if we keep to the darkness!”

“From the perimeter police, yeah! But there’s still the outcasts we hafta watch out for!” he hissed.

She cast him a wide-eyed look of fear. Outcasts were those people who’d been thrown out of the villages, condemned to survive on their own, God knew how. Word was most of those poor souls took refuge inside the radiation zone and hid inside the buildings. Neither Aris nor Famke knew if those stories were true, but they didn’t want to take the risk.

Aris waited until they were inside the building before pulling out the flashlight and turning it on. Even though they were no longer outside, he kept his hand over the end, shielding the beam so it wouldn’t reflect off the grimy windows. Despite the dim glow, they were slack-jawed at the sight in front of them.     “Have you seen so many books in all your life?” he whispered.

Famke shook her head. “It’s like paradise! This must be what heaven is like. Full of books, and all of eternity to read them!”

Simultaneously, they turned to look at each other, identical grins on their faces.

“Where do we start?” she softly asked.

“I dunno.” His eyes darted to something over her shoulder, and he pointed. “There’s a table with some books on it. Let’s check those out first!”

She agreed, and they hurried over to the nearest long wooden table. Dragging an extra chair next to her, he sat on the dust-covered seat and focused the flashlight on the tome.

“Umm…” She checked the title on the cover, sounding out the words. “As-tron-o-my. Astronomy. What’s that?”

“I think it’s the study of the stars and planets. Does it have pictures?”

She flipped through the pages. They both oohed and awwed over the colorful photos.

“Man, wouldn’t it be something if we had books like this back at the village?” Famke wished aloud.

“We can’t,” he reminded her. “The leaders say it’s because of all this knowledge that our world was destroyed. That’s why books are no longer legal.”

“It’s not fair.” She blinked away the tears rising in her eyes. “Not all books are bad. Many of them have beautiful stories in them. And pictures, like these. Oh!” She stopped and poked a photo of a creamy white circle. “That’s our moon right now!”

Aris peered over her shoulder. “Yep, that’s it! What do the words say under it?” Although he had the required rudimentary reading skills needed to get by, Famke was a lot better at it than many people he knew, including himself.

“Uhhh…” She ran a finger down the list. “It’s about all the full moons. Wow. Did you know every month the moon has a different name?”

“What does it say about this month’s moon? Does it have the name for November’s moon?”

“Uh-huh. Right here. It says the full moon in November is called the Beaver Moon. It’s named after beavers who build their winter dams this time of year. It is also called Frost Moon and Mourning Moon.”

“Frost Moon I can understand because it’s cold this time of year, but why a moon in the morning?” he interrupted.

“Not morning like when the sun comes up,” she corrected. “Mourning as in feeling sad when someone dies.”

“Well, why would it have all those different names instead of just one?”

She read a little more of the description. “It says the name depends on the winter solstice.”

“On the winter what?”

“I dunno, but I bet it’s explained somewhere in this book.”

“I’ve heard about beavers but I’ve never seen one,” he confessed. “Have you?”

They both chuckled when an unexpected sound made them immediately seek cover underneath the table. Aris shut off the flashlight, and they nervously waited in the darkness for the sound to come again.

Pressing her lips to his ear, she murmured, “Think it’s outcasts?”

“I dunno, but it’s too dangerous to stay here any longer. Let’s get back to the village.”

They crawled out from under the table, keeping their eyes and ears peeled for any sign or sound of movement. Famke gave the book they’d been perusing a final look. “I wish we could take it with us.”

“So do I, but you know the instant someone else sees it, they’ll report us and destroy it. And that’s just for beginners.”

She nodded. They’d heard horror stories about what happened to people who’d been caught with illegal contraband. Sneaking into the forbidden zone was one thing. Having possession of a banned object, like a book, was an entirely different and more serious matter.

Aris noticed her sad expression. Reaching out, he took her hand and squeezed it. “Hey. We’ll come back and read some more.”

“As soon as I think it’s safe enough. I dunno when that’ll be, but I promise we will.” He smiled. “Hopefully next month. Then we can find out what the December moon is called.”

She leaned forward to give him a quick kiss on the lips. Grinning from ear to ear, he led her out of the library, and together they hurried back to the outer perimeter where they managed to sneak underneath the fence and make it home before anyone realized they’d been gone.