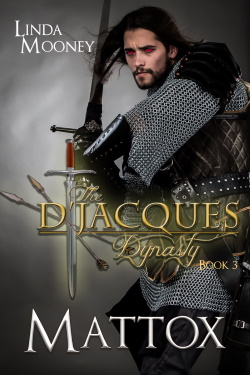 Every five years, Yulen D’Jacques, Battle Lord of Alta Novis, holds a conference to continue strengthening relations between the Normals and Mutah. Both battle lords and Mutah councilmembers from far and wide are invited in an effort to prove how important they could be to each other, and to dismiss any misconceptions Normals may still have toward the people they once considered their inferior enemies.

This time, it’s determined Mattox D’Jacques, Battle Prince of Alta Novis, should take on some of the responsibilities of running the conference. After all, he eventually will be the one to take the reins from his parents, but his Mutah “tell” usually scares people off rather than gains him respect.

Caralas Edge is the battle princess of Vega City, the biggest compound in the west. But she doesn’t want to just be a princess, and have someone coddling her because of her title. She can hold her own. It’s moot anyway. She knows she’ll never take over Vega City, fearing someone wants to get her father out of the way so they can claim it for themselves. She’s long had her suspicions, but her father will hear none of it.

She and Mattox clash like two swords when they first meet. They’re too much alike in temperament. But when the red-eyed battle prince saves Caralas’ life, they discover the danger is not over. It seems someone is interested in the inner workings of the compound, and it’s more than a little suspicious. But who? With this many battle lords in attendance, trouble is sure to be found.

A possible takeover is brewing, but everyone is completely taken off guard when faced with an enemy no one can fight off. And when it becomes a battle to the death, Mattox and Caralas discover a deeper connection between them than they ever thought possible.

Warning! Contains flying weapons, tasty grilled snake, massive troop employment, head-butting, the destruction of a compound, treachery and deceptions, and a deadly force of nature that makes two people realize they need each other physically and emotionally in order to survive.