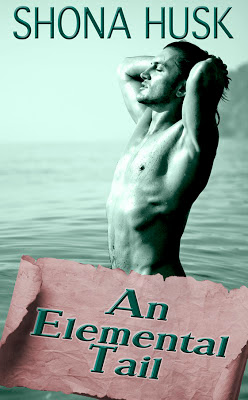 Four hundred years ago, Nik was tricked by his lover and left stranded as a powerless, but immortal, human. Now he craves only one thing: to reclaim the book that was once his tail and become a water Elemental again. Unfortunately, he can only locate the book when someone touches the pages. This time he won't be left high and dry.

Isla is left a beautiful leather-bound book in her great-aunt's will, perfect for using during her life drawing classes. However, she can't bring herself to mark the translucent pages until a compelling crimson-haired stranger strips for art.

Nik is torn. Years of enforced humanity have given him a conscience. Despite his best efforts at remaining a heartless water Elemental, he is failing. He is falling for Isla, who has no idea she holds the power of the oceans, and his heart, in her hands. 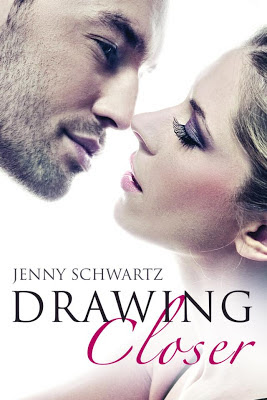 Zoe Loyola is keeping a secret between her and her sketchbook. She loves sculptor Nick Gordon. Her drawings of him are hot…and naked!

Nick has a secret, too. He’s being blackmailed. Protecting his family means ignoring his desire for Zoe.

But in the world of art, passion breaks every rule and secrets are made for sharing.

Cosmo and Harlequin team up to create Red Hot Reads. The submission info is here.

E.L. James: PW's Publishing Person of the Year. For hilarious commentary on that, go watch this.

The Hobbit releases on Friday, yay! Interview: Richard Armitage Talks Thorin, Tolkien, and Being a Leader of Dwarves in THE HOBBIT Saga

From Tor.com: Historically Authentic Sexism in Fantasy. Let’s Unpack That.
The Mary Sue post.
And this excellent commentary from Foz Meadows.

Veronica Scott and a host of other authors are participating in the Mistletoe Madness Blog Hop December 14 through 21, with prizes at each stop and a Kindle Fire as the Grand Prize. Visit Veronica’s blog during the hop, comment to enter there and find links to all the other sites!