Do You Believe in Magic?

Don’t laugh. You’ll be surprised at the answer. According to recent research (Psychology Today), not only do people believe but our belief is hard-wired in our brain.

Our mind is made to look for patterns in order to identify connections between life experiences-basically putting together  cause and effect that leads to predictability. Simply stated, if we touch a hot stove and get burned, we associate the burn with the hot stove and, going forward, we avoid touching hot stoves. So identifying cause and effect is good for our survival. That said there are times when we mistakenly put things together.

Did you ever give someone ‘that look’ when they annoyed you or did you secretly curse them under your breath or in your head? You may hope these evil thoughts/curses have an effect but do you really think they do? They may not but sometimes we fool ourselves to think they do. A study by Emily Pronin (Princeton University) was designed to see if college-educated people could be tricked into believing they had such powers. 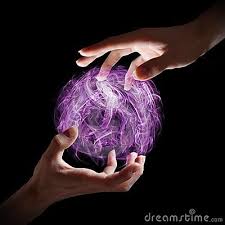 The students were broken in to two groups. One group met a new student (the victim) who was friendly. The other group met a new student that was rude and obnoxious. The study participants were given a voodoo doll which represented the victim and pins and instructed to pierce the doll’s head.” Minutes later the two victims reported having a headache. The participants who interacted with the rude student and had negative thoughts of the person thought they were instrumental in causing the victim’s pain. The control group had no such anxiety.

Bad magic isn’t the only king. There is just as much good magic. To see if magical thinking worked on wishes as well as curses, Pronin put together another study. Here the participants watched someone shoot hoops. At various times the participants were instructed to mentally cheer the shooter on or imagine them failing. The participants reported “feeling responsible” for the shooters success when they cheered on the shooter and the basket was made.

When the juxtaposition of our thoughts and what we see correlate, at least to us, it leads us to the conclusion that we had something to do with it. To the investigators, this proves “we are hard-wired to overestimate our control over external events.”

In addition to this intellectual explanation, there is another reason we believe in magic. Magic makes us feel like we have more control over our lives than we really do. Nobody likes feeling out of control. So to cope, we often develop superstitious thinking as a way to trick ourselves into thinking we have more control that we actually do. One such superstitious belief is "tempting fate" for fear of jinxing themselves. For example, people think it is more likely to rain if they wash their car.

Even for the non-believers they too experience that sensation that tempting fate increases the odds of a bad outcome. Paul Rozin conducted a study in which he had participants read a series of short stories and give their immediate response if the ending was a logical conclusion.

The story: Jon recently finished applying to graduate school and of all the schools he applied to, Stanford was his top choice. Typical of his mother's optimistic nature she sent him a Stanford T-shirt and when it came in the mail, Jon decided to wear it the next day.

The ending: A month later, Jon received a rejection letter from Stanford.

As expected, people who read that Jon wore the shirt his mother bought responded quickly that this was a logical end to the story. There was a control group. The story these participants read stated that when Jon received the shirt, he stuffed it in the bottom of his dresser drawer. These participants took longer to determine the story had a logical end. Rozin feels this result tells us that not only are we hard-wired to thinking in magical terms but that we do it quickly and automatically. 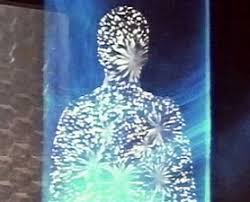 These basic instincts give us some indication why we enjoy stories filled with fantasy and magic. It also gives me a better understanding why magical elements in stories have to be logical, the cause and effect kind. It also explains why magical powers are so alluring.

Last week the magical power I would have liked was being transported, like in “beam me up Scotty.” The commute since Hurricane Sandy here in lower Manhattan to New Jersey has been difficult. That said, what magical power would you like to have?

As a note, my story, Knight of Runes, which does deal with magic, is now available in paperback at Harlequin.com