All the news worth knowing

Posted by: Unknown
I had trouble picking just one topic to talk about this week so I didn't. Instead, I thought I’d do a rundown on some of the news I’ve found interesting lately in publishing, romance and fantasy circles. So maybe not all the news worth knowing but it's what's been bumping around inside my scattered head.

There are a few special calls open right now for spec fiction writers:

Samhain is looking for Superhero Romance “It’s up, up and away we go, to a world of superheroes and supervillains, where heroes and/or heroines with special abilities and crime-fighting prowess protect the public…and fall in love.”

Carina Press is looking for "steampunk novellas with a winter or winter holiday theme" for a Steampunk Holiday collection.

In general publishing news, Amanda Hocking accepted a $2 million advance from St. Martin’s press for a new series and Barry Eisler rejected a $500,000 contract in order to self-publish.

What I think is interesting is that they’re weighing the same factors—time, money, creative control—and coming to different decisions. As a writer I can understand why an author might decide to self-publish one project and contract another with a publishing house. I think as self-publishing goes more mainstream it's just going to be one more thing in a writer's bag o' tricks. I know as a reader, I’m far more open to buying a self-pub book today than I was even a year ago. Any thoughts? 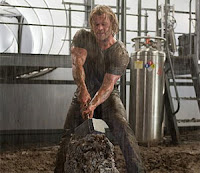 The movie Thor releases on May 6.

Fringe got picked up for another season (Yay!) Love that quirky show. The writers are so unpredictable and it has the best mad scientist I've ever seen on TV. (Sorry, Dr. Doofenschmirtz.) 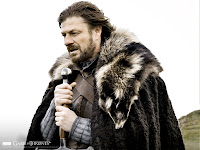 Game of Thrones premieres on HBO April 17th. I've only read the first book of this series, really liked it but decided to hold off on the rest until it was finished. That said, I like what HBO has done with TrueBlood and I’ve been looking forward to seeing what they do with this one.

That's the news that registered in my brain. So what did I miss?