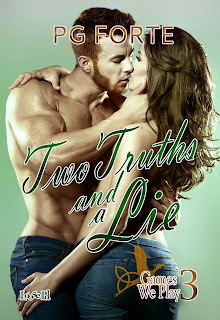 TWO TRUTHS AND A LIE
Games We Play, Book 3

Brenda's relationship with Max is a sexy sham designed to keep her cousins from learning of her plans to sell their family's inn. Falling in love for real? That was not supposed to happen. 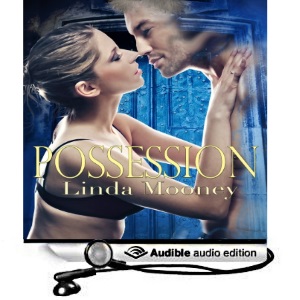 If you were murdered by a stranger, wouldn’t you want the chance to be able to come back and find out who killed you? And why?

J was born blind, but she could "see" things. Her gift has always helped the police find such things as missing persons, serial killers... a ghost or two.

Detective Kiel Stark has worked homicide for eight years, but he has never met this mysterious Seer his fellow officers claim could almost perform miracles. Not until a gruesome triple homicide has his superiors calling in the reserved woman to help with the case.

Now Stark is faced with a double threat. Not only is he finding himself dangerously attracted to the enigmatic beauty, but she could very well discover his own carefully guarded secret—a secret that could bring an end to his career, his way of life, and any future he had hoped to have.

Veronica Scott's Lady of the Star Wind has been chosen as a Finalist in the EPIC eBook Awards for the scifi romance category. On sale now for $.99 to celebrate the award!

The story:
Are they merely luckless lovers … or a legend come back to life?
Mark Denaltieri, ex-Sector Special Forces, has been hired by the Outlier Empress to rescue her granddaughter, Princess Alessandra, from kidnappers. Since the Empress once had him tortured and banished, she’s the last person Mark wants to work for. But he takes the job. He’ll save Alessandra, his first love, and discover why she didn’t speak for him when he desperately needed her. Then he’ll be on his way, finally free of his past.
Alessandra would rather her rescuer was anyone but Mark–after all, he let her believe he was dead all this time. But when the couple are forced to flee her captors by Traveling via a strange crystal globe, they find themselves in a lovely Oasis on a desert planet, the old attraction sizzling between them again.
They soon discover they are far from alone. The Oasis holds the entrance to another world, one in which the inhabitants are convinced Sandy and Mark are the Lady of the Star Wind and her Warrior, come to free them from an evil Queen.
Mark and Sandy must work together to unearth an ancient mirror, and crown the true king of this land.  Can they fulfill the prophecy of the Lady and her Warrior … and this time, will their love survive the test?
Buy Links:  iBooks     Amazon    KOBO     Barnes & Noble