Bane of the Synopsis

Posted by: Steve Vera
True story. In the same amount of time it took me to write a five hundred plus page novel last year, I just barely managed to write a single, pithy, one-page synopsis for a book proposal.  That's crazy, right? And should I be ashamed? *tapping chin thoughtfully*

Of course, last year's novel was the climax of a trilogy I'd been writing for a decade and a half, where I already knew the world, the stakes, the characters, the setting, and basically everything that was going to happen. Well, mostly. This book proposal thing I discovered, was a whole different kind of animal.

On one hand, there's this little voice that goes off in my head and says, "I get to write about whatever I want? Just make up a world? About anyone and anything? Total freedom?" And I'm like, "Yep. Go get'em tiger." And then my brain goes full after-burner in a dozen and half directions.

Ever get stuck staring overwhelmed at all the different kinds hand-soaps you can choose from at the supermarket? There's like a zillion of them, different brands, different sizes, different fragrances, different moisturizers, different orangutans--just checking--and it becomes painfully clear that too many options can be debilitating. I'm pretty sure that if I could see my brain in action while brainstorming, I'd have seen it drooling.

There were some other contrasts between the novel and the synopsis as well. For one, I just moved to New York City full time, got a job in Manhattan, left my love, left a job I'd had for ten years, and have been thrown constantly into cauldrons of chaos at this new job and left either to sink or swim. By way of contrast, I wrote the majority of said novel BLOOD SWORN, Book III of the LAST OF THE SHARDYN trilogy, while barricaded in a sanctuary cabin in the middle of the woods (right around Halloween, in fact) focused utterly on writing. 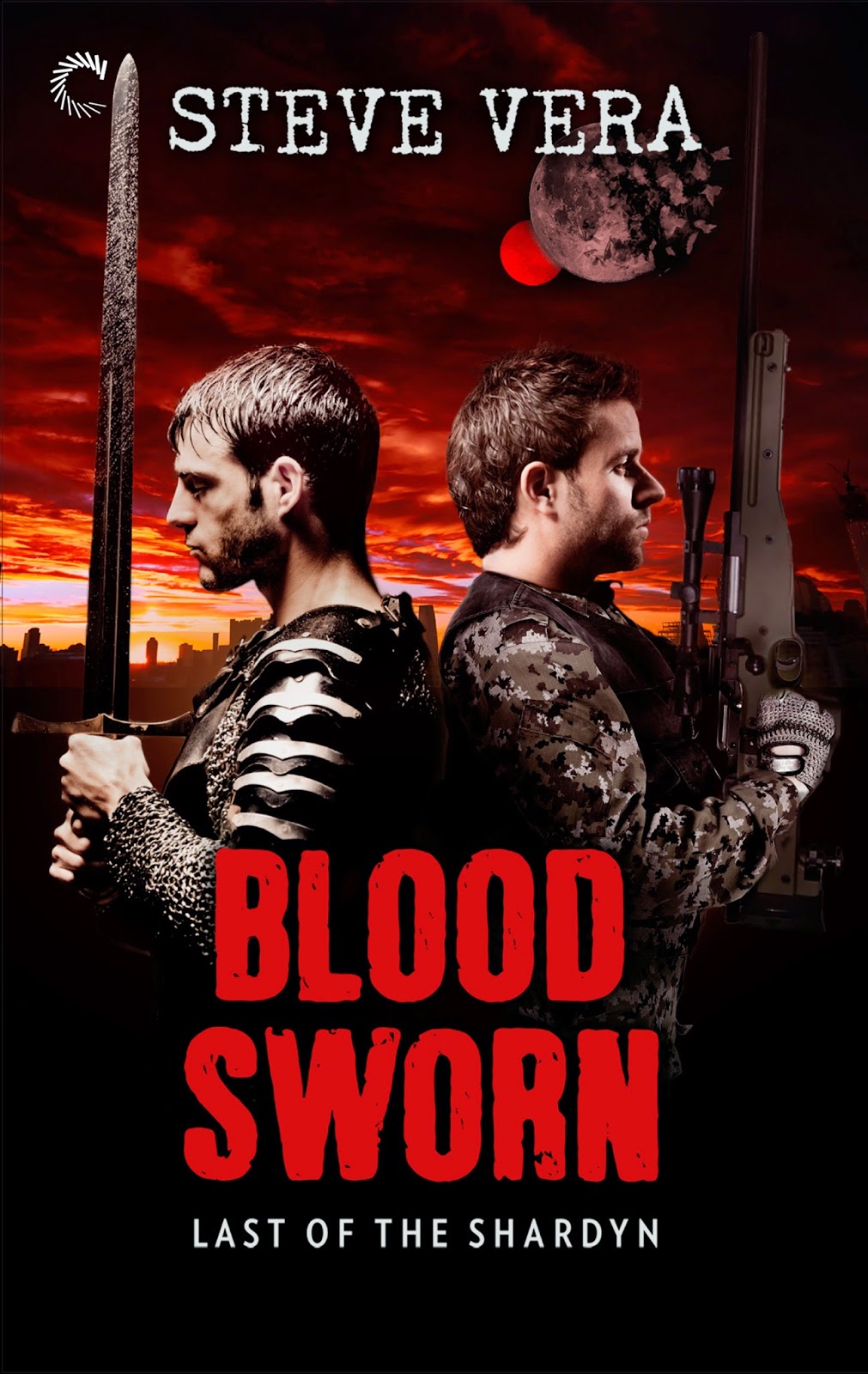 And just to make things nice and interesting, I write fantasy. Urban fantasy if you're curious. As much fun as it is, fantasy is a double-edged sword because not only do you have to address the usual suspects of plot, setting, characters, rising action, climax, resolution, jumping up and down on one leg while barking like a dog--you also have to build a whole new world teeming with unique details to put the reader there.

Point? And what's this got to do with magic? Answer: the magic comes from deciding. Sometimes you gotta smack yourself in the face, stare into a mirror, ignore the twitches that have taken residence in the center of your forehead and by your right eye and say, "This is how it's going down. And my agent is gonna love it. And the editor's gonna love it, and my cat's gonna love it.:

That's magic, baby. And that's what I've done. I hope. Submitting real soon. More to follow on my next blog.

P.S. Is it must me or does writing a synopsis want to make you carve the next person who annoys you into a ninety pound steak? Just curious if I'm alone.

P.S.S. Here's the SHARDYN trilogy in order if you're curious: 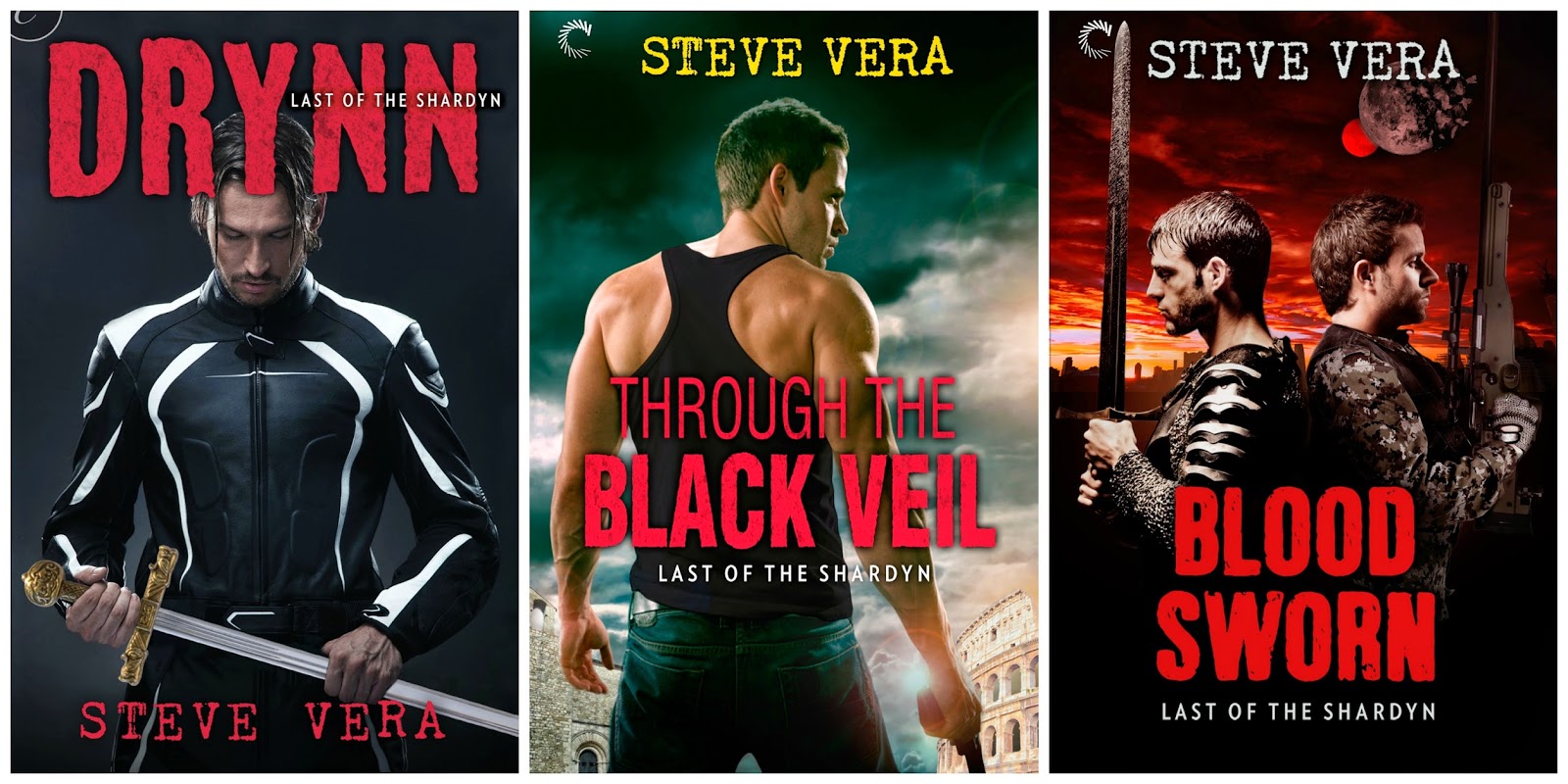 Steve's just a guy who wishes he could shoot lightning out of his fingertips.Afflicted with wanderlust at the age of seventeen he's lived in seven states, served briefly in the Air Force as a Pararescue Trainee, and has a profound aversion to mint chocolate chip ice cream. Steve currently resides in Sunnyside, Queens, NY. What bio would be complete without a cat? Steve has one. A great, fat, good-for-nothing but entirely lovable furball who has his own gravitational force. If Steve could go back in time and be anything, he'd be a WWII P-51 fighter pilot or a knight. Being an author is pretty cool, though.