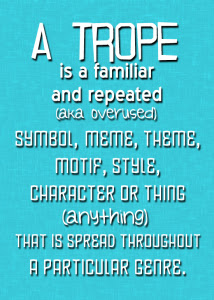 I just received an email from Amazon, letting me know what's new or trending in ebooks. On their list was another what I call a billionaire romance. Although I've never read any, I've checked out a few. Guess that's why Amazon tagged me for that genre.

But it got me to thinking about tropes. When a movie or book become popular, it seems a kajillion other books of that type come out, flooding the market. Back in the days when ebook publishers were rampant, they'd get on a particular trope and put out hundreds of books in that variation.

So which do you think are the popular romance tropes today, and which ones have run their course and need to be scaled back? A few to consider are: 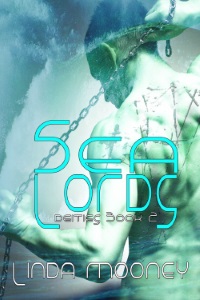 The earth is being destroyed, and the mortal population decimated, all in an attempt for the old gods to become relevant again. Eons ago, Zeus and the gods captured the four demi-gods of the elements—air, earth, fire and water. Now the minor gods have been let loose and are being forced to wreak havoc on the planet.

Meris, half-god of the water, doesn’t enjoy throwing tsunamis and flooding coastal towns and villages, destroying islands and taking lives, but he and his brothers must do as they’re told or risk being imprisoned again, possibly forever. Which none of them would survive a second time.

The life of a teacher isn’t full of glamour and world travels, so when offered a free trip to Hawaii in exchange for Maid of Honor duties for her best friend, Roby McDaniel jumps at the chance. What was supposed to be an elegant dinner cruise full of wine and fine dining quickly ends in tragedy when a giant wave appears from out of nowhere and capsizes the boat. Roby manages to stay afloat, unable to comprehend the destruction happe ning in front of her eyes, but the giant rising out of the ocean? That she really has trouble wrapping her head around.

Normally unseen by mortals unless he wills it, Meris is surprised when Roby calls out to him, and he cannot turn his back on the mortal begging to be saved. She’s beautiful, brave, special, and meant for him. But after causing the deaths of her friends, can he convince her he’s not the heartless monster she thinks he is?

With Poseidon missing, the remaining gods are biding their time until they can trap the Primordials again, but now they need to locate the god of the sea. They are certain that capturing and torturing the mortal women Meris and his brothers are protecting will give them the answers they seek.

Warning! Contains scenes of mass destruction, one woman's shoe, chains, the car wash of desire, steamed fish, derelicts, a bright red shirt, and one demi-god willing to give his life to protect the woman who loves him.