Thursday, August 1 -
“WHAT WE'RE READING THIS SUMMER - by the Here Be Magic Authors” – Writers are readers too, so some of the HBM gang decided to reveal the books they've been enjoying this season. 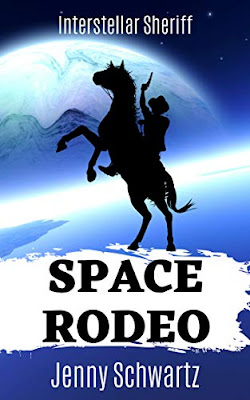 On the galactic frontier, the Federation’s wildest (and most scientific) citizens have gathered to ride in the Space Rodeo. The Navy’s in charge—of the arena.

But beyond the naval perimeter, there is only Interstellar Sheriff Max Smith to keep the peace. Fortunately, he has some extraordinary allies. And enemies. And then, there is his girlfriend.

She should have been safe, riding for an urself inventor in the Space Rodeo. So how did she end up in the middle of a mercenary corporation’s devious designs for galactic war?


Buckle up for a thrill ride of bandits, shadowy government agents, cyborgs, AIs and strange science.

LEGEND ∙ LORE ∙ LOVE ∙ MAGIC
The fae are cunning, powerful and often cruel. The most beautiful among them are often the most deadly. Hidden far beneath the mortal world, the timeless faery realm plays by its own rules—and those rules can change on a whim. Now and again, the unpredictable residents of that mystical land cross the supernatural threshold…

You can find all of Dani's books here:
https://www.amazon.com/Dani-Harper/e/B004FD8RV2