One of the Here Be Magic themes this month is BEACHES. My first thought was that I didn't have any books with beach scenes on them. The whole lying in the sun, playing beach volleyball, surfing, making sandcastles and sipping fruity cocktails isn't really part of my experience. I've only waded in the ocean three times in my life. I live in Alberta where the only kind of beaches are on lakefronts, and the lakes are often cold. (Anyway, that's my excuse.) However, I did eventually remember that I set part of the plot of my YA novel Golden Eyes on a newly-formed and not-very-sandy coral atoll.

Here are some cool things I learned during my research:
1/ Coral atolls aren't always circular. Some are definitely more triangular in shape.

2/ The center of the coral atoll is a shallow lagoon. It is a lighter shade of blue than the surrounding ocean.

3/ The prevailing theory on how coral atolls are made originated with Charles Darwin. The theory has gone in and out of favour over the years, but is mostly accepted now. Basically, he proposed that a volcanic island grew a 'fringing coral' which over time became a full 'barrier reef'. Then, due to subsidence,  the island sank into the sea, while the reef continued to grow upward and formed an atoll.

4/ Sadly, coral atolls are in danger from climate change. Warmer waters encourage the growth of algae that kills the coral and since atolls are seldom more than a few meters above sea level rising waters may soon submerge many atolls.

5/ A cool virtual tour of an atoll.

6/ Atolls can have their own fresh water, but only if they are large enough and old enough to have accumulated a 'sandbar' type island between the actual reef and the rest of the lagoon. Here's a diagram. 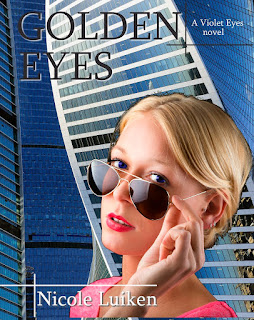 
Then something on the left caught Devon's eye. Not driftwood, but a line, a feature in the otherwise endless ocean. Her heart soared: land! She flapped more air into the pants-balloon, angled toward the line and started kicking. Her slow progress frustrated her—she had to stop periodically to rouse Pietr—but at least the line didn’t vanish or recede like a mirage. It was real.

It came into focus by slow degrees. At a distance of fifty feet, the line resolved into white surf. But where was the land? The people? She couldn’t see even a single palm tree. The line of surf stretched out to both sides for at least half a kilometer.

At thirty feet, she knew. It was just a reef. Despair crushed her and she blinked back moisture she could ill afford to lose. She shored up her dissolving hopes. A reef was still something in the immensity of the ocean. Something to cling to. They could rest.

“Hang on, Pietr. We’re almost there.”

He didn’t reply, and she turned her head in time to see him slip into unconsciousness and lose his grip on the pants-balloon.

She lunged forward, caught his collar, and swam the last bit of distance. The reef crest proved to be smoothed by its battering from the waves and not sharp as she’d feared. Best of all, just beyond the crest was a flat area about two meters wide no more than a few inches deep. Land, or close to it.

With what felt like the last of her strength, Devon boosted Pietr over the lip of the crest. The tide had dropped enough that the wave tops no longer rolled over the reef.

He flopped on his back, still unconscious, but breathing.

She started to climb up herself, but the reef flat wasn’t worn smooth. What wasn’t muddy sand was sharp, branching coral covered in spots with pink algae. Colourful and pretty but rough. With bare legs she’d soon be scraped and bleeding. She needed her pants back.

All the air had escaped her pants-balloon, and they were sinking.

She was tempted—oh, how she was tempted!—to just let them sink, but she needed the protection of cloth. Blood in the water could call sharks. Taking a deep breath, she dived after the pants.

Fortunately, the ocean floor on the seaward side of the reef formed a brief shelf before dropping off to crushing depths. In the clear water she saw her pants caught on a piece of elkhorn coral, being investigated by a tropical fish. It darted away when she dived and tugged the material free.

She rested a moment before unknotting the pants legs and pulling them back on. Three sidestrokes brought her back to the reef. Then she heaved herself up out of the water on noodle-arms and collapsed beside Pietr.
Exhaustion dragged at her, overruling her raging thirst. She knew she needed to protect herself and Pietr from sunstroke, but she couldn’t move right now. She closed her eyes. Just for a moment.