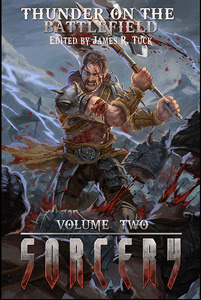 Jeffe Kennedy’s story, Negotiation, is out in the Thunder on the Battlefield: Sorcery anthology, up at Amazon here http://tinyurl.com/l9nbcn5.

Negotiation  is a prequel short story to Kennedy’s trilogy The Twelve Kingdoms, coming from Kensington in 2014.

In a life of impossible choices when sometimes death magic is the lesser of the evils, can a dark mage save the world and his own soul?

Help this urban fantasy become a reality!  Author Shawna Reppert is going indie with her next book, Ravensblood, a compelling urban fantasy set in the Pacific Northwest, and is running a Kickstarter to raise funds for a copy editor.

Some important things to consider: 7 Deadly Sins of Worldbuilding

Loki won't be in the next Avengers movie, but the new trailer from Thor: The Dark World will help you get over the disappointment.

Moleskin has limited edition Hobbit notebooks! They're already out of some designs/colors.

Looking forward to Fall TV? I am! ‘Once Upon a Time in Wonderland’ creators say season 1 is ‘much like a movie’