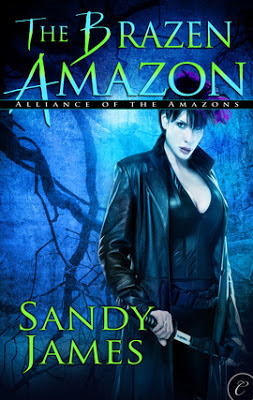 Book three of Alliance of the Amazons

Zach Hanson is a tech wizard, capable of creating and improving gadgets--including remote nuclear warhead launchers. But he's always known that he's destined for something more, something greater, something...supernatural.

Powerful Air Amazon Gina Himmel is one of four sisters called to protect the world from those who would do it harm. Demigods in league with an Ancient have been taking over the bodies of leaders in the military and technological sectors, and Gina is sent to San Francisco to watch over Zach.

Under Gina's protection, Zach is introduced to a world of ancient deities, rogue gods and the bold, brazen Amazons who keep humanity safe. Amidst the whirlwind of battle, Zach and Gina discover a love that could give them the power to save the world...or destroy it.

Meet Earth and Fire in The Reluctant Amazon and The Impetuous Amazon. 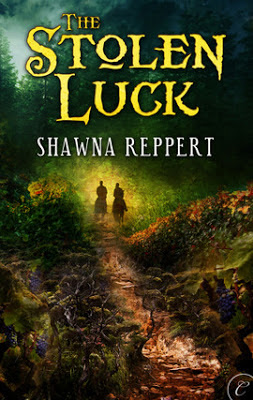 How far will a good man go to save his home and loved ones?

Lord James Dupree must recover his family's stolen Luck, the elven talisman that has protected the Dupree lands for generations. Without the talisman, the Dupree vineyards are failing and creditors are closing in. The Luck is his only hope of saving his home and his family from poverty and ruin.

Despite his abhorrence of slavery, James wins an elven slave in a game of cards. The slave, Loren, provides the only chance to enter the Lands Between and recover the stolen Luck. Despite James's assurances and best intentions, Loren does not trust his new master and James finds it all too easy to slip into the role of slave master when Loren defies him.

As the two work together through hardship and danger, James finds himself falling in love with Loren. And when a hidden enemy moves against them, he must choose between his responsibility to his family and his own soul.

We're all speculative fiction writers at Here Be Magic but we run the gamut from epic fantasy without a shred of romance in it to full out paranormal erotica. Over the next few months, we're going to spotlight the different subgenres and hopefully let you get to know our authors better and where they fall within that range. This week is Fantasy Week.