7 Reasons Why I Don't Trust Lady Sarathena Remillus (by Lance)


1.  She’s a noblewoman.  Enough said.  As a breed, they’re spoiled and untrustworthy. 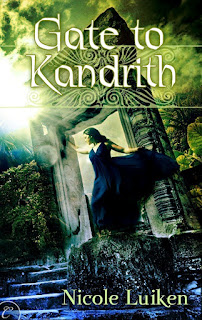 2.  She owns slaves.  Well, I suppose in fact, Felicia is her father’s slave, and Sara does treats Felicia well, like a friend, but STILL.  She actually believes that Republican nonsense about ‘three generations making a citizen’.


3.   She’s the daughter of the Primus of the Republic of Temboria.  The Republic has been trying to conquer my homeland, Kandrith, ever since a group of ex-slaves created it with magic.


4.  She’s a flirt.  She keeps staring at my chest and touching me.  It’s driving me crazy.


5.   She’s a spy.  Felicia told me about her plan to discover the secret of slave magic.


7.   She’s the Child of Peace.  If her father breaks the Hostage Pace and invades Kandrith, she’ll be executed.  And my heart will break.

"Do you want help or not?" he demanded in a harsh whisper.  His hands were killing him, and the two sides of his nature were in conflict.  One side insisted she was smaller than he, female and in need of protection; the other side shouted that she was a highborn lady--contemptible by definition.
"Yes," she said in a small voice.  "I need an escort back to the Primary Residence, but only if doing so won't get you into trouble with your master."
Lance stilled.  She thought he was a slave.  He was caught between being amazed by her concern--few nobles worried about the fate of a random slave--and angry at her patronization.  Dark amusement won over both.  "I won't get in trouble, I promise."
Read Chapter One of Gate to Kandrith