12 Things You Might Not Know About St. Patrick’s Day 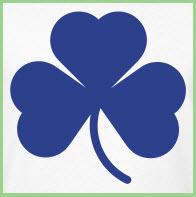 Green became associated with St. Patrick’s Day in the 18th century after it was linked to the Irish independence movement. Saint Patrick was true blue through and through. His color was “Saint Patrick’s blue,” a light shade. 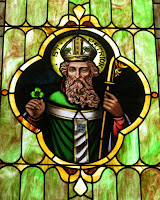 Patrick may have been famous for introducing Christianity to Ireland in the year 432, but he wasn’t Irish. Patrick’s parents were Roman and lives in the Scotland or Wales.

4. Everyone in New Yorker City is Irish on Saint Patrick’s Day
New York City’s Saint Patrick’s Day Parade is one of the world’s largest parades. Since 1762, over 250,000 marchers have tramped the six hours up Fifth Avenue on foot. You can see green beer and green bagels along the parade route. If not marching you can catch people ‘the green.’ Some people are a bit more out there than others with green hair, green makeup and let’s not forget the shamrocks tattooed or temporarily tattooed almost anywhere you can imagine.

5. Chicago Does More Than March

New York has a parade, but Chicago has an event all its own. Since 1962 the city has been coloring the Chicago River with green dye to celebrate St. Patrick’s Day. It takes 40 tons of dye to get the river to just the right festive shade!

6. It Used to Be a Dry Holiday 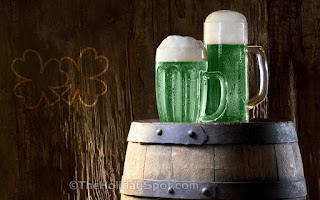 In Ireland up until 1970, Saint Patrick’s Day was strictly a religious holiday. Pubs were closed for business on March 17. But it was in 1970 that the day was converted to a national holiday. Since then March 17 has not been dry.

7. Size Doesn’t Count
New York may have its big parade and Chicago its green river, but other cities participate in their own way. From 1999 to 2007, the Dripsey, a cozy Irish village proudly told anyone who would listen that it hosted the Shortest Saint Patrick’s Day Parade in the World, 26 yards between two pubs. Today, Hot Springs, Arkansas claims the title. Its parade runs for 98 feet. Hmmm, to me that may be the distance to the bathroom.

8. Why Shamrocks?
According to Irish legend, Saint Patrick used the three-leafed plant as a metaphor for the Holy Trinity when he was introducing Christianity to Ireland.

9. Why Is It Called Corned Beef? 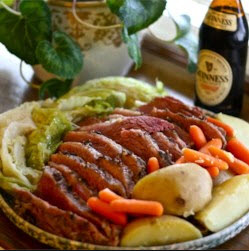 Corned beef and cabbage, a traditional Saint Patrick’s Day staple, doesn’t have anything to do with the grain corn. Corn refers to the large grains of salt, referred to as corns of salt use to cure the meat. By the way, while Ireland traded heavily in salted meat, the average people couldn’t afford it. It wasn’t until they immigrated to the United States where it was a low-cost meat that they could afford it.

10. Put It On My Tab
All of the Saint Patrick’s Day revelry around the globe is great news for brewers. Recent estimates say the total amount spent on beer for Saint Patrick’s Day celebrations will be about $275 million. And that’s before tips to pubs’ bartenders.

11. First You Say Its Blue Not Green and Now You Say Its Maewyn Not Patrick
Saint Patrick was born either in Scotland or Wales to Roman parents in 385 AD. His birth name was Maewyn Succat. He changed his name to Patricius after becoming a priest.

BONUS: But the Leprechaun Economy Is Thriving
Another little-known fact from Irish lore: Leprechauns earned the gold they guard. According to legend, leprechauns spend their days making and mending shoes. Hmmmm… I thought that story, the Elves and the Shoemaker was from the imagination of the Brothers Grimm.

May the dreams you hold dearest be those which some true and the kindness you spread keep returning to you! Happy Saint Patrick's Days!

Email ThisBlogThis!Share to TwitterShare to FacebookShare to Pinterest
Labels: Luck of the Irish, Ruth A. Casie, St Patrick's Day