Posted by: Unknown
In space, no one can hear you sneeze. Of course, I don’t recommend leaning out of the airlock while sweeping dust bunnies into the void. Parts of you might freeze or boil—are we actually clear on what happens when you lean into a vacuum? I just looked it up and…really gross things happen to bodies exposed to a vacuum. Apparently the lack of pressure lowers the boiling point of your blood, so it does that and then explodes out of all the surrounding tissue. Awesome.

That’s not what I wanted to write about.

Have you ever wondered how we’ll go about spring cleaning in space? The ship that your crew has been zipping about in is going to collect a lot of dust, even with all the hatches sealed and locked. Skin particles, hair, whatever the engineer picked out of his nose and flicked behind the power core when he thought no one was looking. The stuffing from that suspiciously Klingon-featured teddy bear that is just a keepsake. Powdered rations spilled and not properly cleaned up. The residue in the pipes leading to the water recycler.

Oh, God. I don’t even want to think about what else is in the water recycler. I bet that engineer pees in the shower, too. Then again, he might as well. All the water in his ship probably funnels to the same place, and the filters on that unit will need a regular cleaning.

I suppose you might land once in a while, throw open all the hatches and get the brooms out. Flush the tanks, take a risk on the local water. But what if your craft isn’t equipped for atmospheric reentry. It’s the bargain model—sleek enough to skip from star to star without too much hassle, not quite robust enough to actually land anywhere. Or…what if spring on Planet Bazooka is the season of the tank crab? Militant buggers the size of a Mini Cooper that like to scuttle through open cargo hatches and have crab babies on your just swept floor?

There’s got to be a better way to bust cosmic dust bunnies.

I thought about sonic cleaners, but they just loosen the dust and grime. It’s still there, just no longer attached to whatever you were cleaning. It might also be pulverized, but still part of the universe. Ultra violet light can be used to disinfect the dust, but the dust is still there. The fact is, that unless you have a handy, pocket sized black hole, whatever you bring onto your ship is going to stay on your ship until you take it off again. That’s, like, a law of physics or something. So, while we might be able to clean smudges off the shiny bits with newfangled solvents and tech, we still have your nail clippings and sloughed skin to do away with. Eventually, all that dust is going to make the place smell a bit, maybe tickle a sinus or two. And every time you sneeze, more stuff is going to enter your closed and fetid atmosphere—unless you’re leaning out of an airlock at the time.

I have come up with a solution. We could install vacuum ports. Program a sequence, hit a switch and a tidy (short and tidy, we want to be able to breathe afterward) current sucks anything loose toward a vent in the floor, through a duct and into a collection chamber. The chamber can then be vented outside (space dust!) or, for the environmentally conscious, emptied in a responsible manner. Um…incarnated at a station, then turned into space dust? Compacted and…burned? Mixed with the sludge from your water recycling unit and served in the staff cafeteria? Used to stuff upholstery? Ideally, we could find a way to turn it into fuel. Yeah, I like that.


Small animals (fur emitting, litter busting, flea bags!) should be kept away from vents during operation. Toes, fingers and other delicate naked bits shouldn’t get too close to the vents, ever. You don’t want to lose a testicle if someone accidentally starts the cleaning cycle. Likewise, any keepsakes should be kept strapped down. A blocked vent will not effectively clean a room.

It’s not a perfect system, but I’m open to suggestions. How would you go about spring cleaning in space? 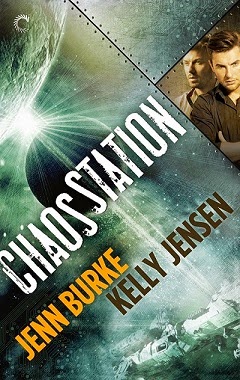 On the Chaos, the crew play poker for pennies and chores. Loser cleans the bathrooms and Felix is the worst poker player in the galaxy. He's also not that dedicated to cleanliness. Probably a good thing they have a doctor on board!

To read the first chapter and learn about the rest of the crew, visit http://chaosstation.com