As anyone knows who’s followed my December blog posts in past years, I am an unabashed fan of all things Christmas. I celebrate it as an atheist with pagan leanings, and I don’t see any contradiction in that at all.

My favorite thing about Christmas is the tree covered in sparkly lights in the middle of my living room. (And really, how much more pagan could you get?) Last year I bought my first artificial tree, with much reluctance. I love real trees, and fake ones always look, well, fake, but it was getting to be too much to drag home the tree and set it up, especially after my neck pain began last autumn. So I sucked it up and bought a tree that I could have on hand and put up year after year. The upside of this, besides not having to trudge out in the rain to pick out a tree and come back covered in pinesap (and dealing with slugs—slugs!—that were living in my tree well the last time I bought one), is that I can put up my tree whenever I want. And so I did. Last Saturday. All I have to say about that is that people are lucky I don’t put it up the day after Halloween. ;) 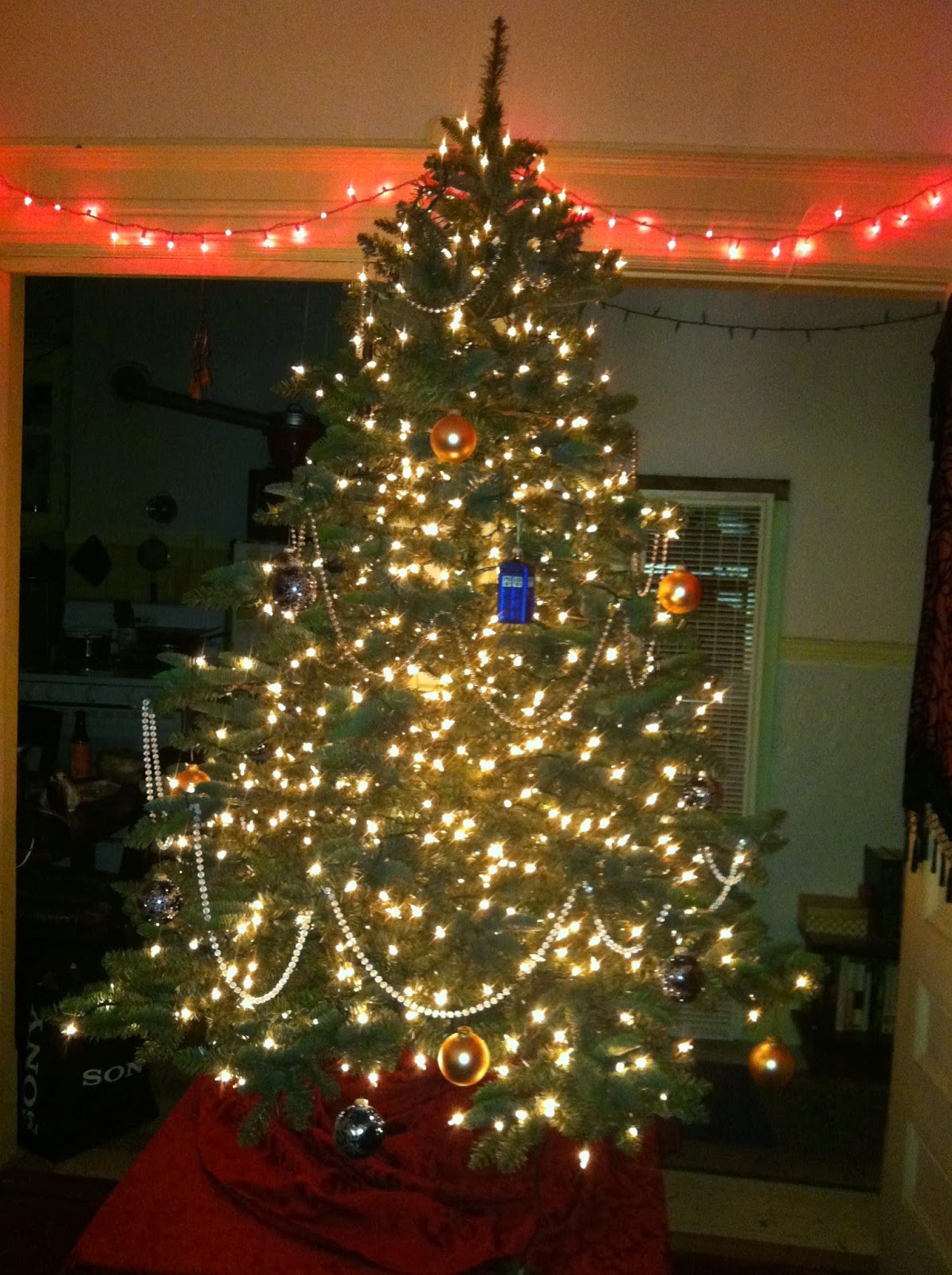 I used to make decorating the tree an all night affair as soon as I put it up, but this year I’m just doing a little each day, watching it transform from bare, to covered in lights (10 strings of them) to minimalist decorating with two sets of colored balls and some beaded garlands…to the eventual placement of over 200 ornaments, because, yeah, I’m that lady. (I also have cats. Just to help you paint the picture.)

To me, Christmas is the perfect accompaniment to writing fantasy, because it’s ultimately a lovely fantasy about overcoming all our baser instincts and promoting peace on Earth and goodwill toward those we’re sharing the world with. And we could really use some goodwill right about now. I wish that much could be more than a fantasy, but I don’t mind believing in magic for just a little while. There’s been so much darkness in the world this year, I feel the need to cling to the fantasy even more, so I’m hunkering down in my house and watching every Christmas movie ever made (even the really bad ones), baking cookies, and basking in the glow of the tree while we experience the miracle of an entire week of rain here in Northern California in the midst of one of the most severe droughts on record.

I’m also going to take some much needed time off to finish Idol of Glass, the book I didn’t quite manage to make any headway with during NaNoWriMo. And then I’m going to go see the local theatre company’s production of A Christmas Carol, as well as The Nutcracker—the first time for my adult son. He and I also have plans to see It’s A Wonderful Life on the big screen. And then, of course, there’s the Doctor Who Christmas special on Christmas Day.

Say, is that a TARDIS on that tree or is just happy to see me? ;)

Email ThisBlogThis!Share to TwitterShare to FacebookShare to Pinterest
Labels: A Christmas Carol, Christmas, Idol of Glass, It's A Wonderful Life, Jane Kindred, The Nutcracker