How to be Master of the Game 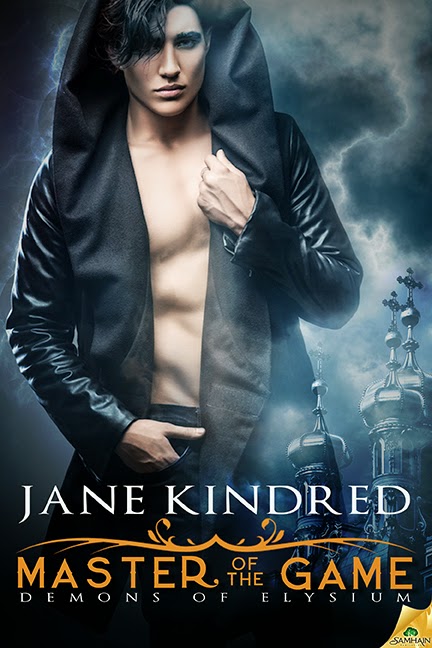 In honor of Release Day for Master of the Game, I thought I'd share a little about the game in the title.

What is wingcasting? I thought it might be easier if Belphagor told you. What follows is an excerpt from Book 1 of The House of Arkhangel'sk, The Fallen Queen, which began the journey that ends today with the release of Book 3 in the Demons of Elysium series, Master of the Game. Belphagor has been tasked with entertaining the mad cousin of the grand duchess, and he decides to teach the angel what he knows:

When the Ophanim admitted him, the principality stared at him with naked hostility.

Belphagor held up the cards. “I thought I’d teach you one of my vices.”

“Really.” Kae dropped his book onto his tea table. “I had no idea vices could be learned.”

“Indeed they can, my lord.” Belphagor pulled up a chair beside the table and shuffled the deck.

“And if I ordered you to leave?”

“I imagine she’d punish us both. I have no idea how she punishes you, but I don’t care for the way she punishes me. I’d prefer to avoid it.”

“She punishes me by sending you to my suite,” snapped Kae.

Belphagor began to deal the cards. “There are four suits and four choirs. I’m sure you’re familiar with the choirs.”

“The natural order to which I belong and you do not? I think I’m acquainted.”

“The four suits are based on symbols from the world of Man. Spindles, knives, tricks, and facets. Thus, forty-eight natural cards: three orders of angels in each choir, and four choirs in each suit. There are also two wild cards—the succubus and the incubus.”

Belphagor placed the die before him and set the rest of the cards on the table. “Technically, there should be rims to throw against, but if you cast the die without much force, I’m sure we can make this table work.” He picked up his hand and surveyed it, moving orders and suits together. “You need a matching set of orders or choirs, or a consecutive sequence of either for a winning hand. A ‘full choir’ is all the orders of a particular choir in the same suit: Dominion, Virtue, and Power of spindles, for example. A ‘full sphere’ is a single order in each of the four suits, such as the Principality of spindles, knives, tricks, and facets. Full choir beats a full sphere. ‘Fourchoir’—that’s the first order of each choir in the same suit; can’t be second or third orders—beats a full choir. That should be enough to start you off.”

Kae stared at him. “Nobody would make a game like that. It’s nonsense.”

“It’s your throw.” Rain battered the western windows of the suite. The pebbling sound on the glass behind Belphagor grew loud in the silence while the principality continued to stare. At last, Kae sighed and tossed the die across the table.

“I beg your pardon?”

“I called Salamander. It landed on Phoenix, so you’re clear. If it had been Salamander, you’d have to surrender a card.” Belphagor shifted a few of his with apparent purpose. “This is where I’d have to increase my bet if we were playing for facets, but since I haven’t any and you don’t know wingcasting, we’re just playing for fun.” He nodded at Kae’s cards, still facedown on the table. “You’ll want to know what you’re holding.”

The principality unfolded his arms and snatched the cards from the table, clearly baffled by the rules Belphagor had rattled off. “Now what?”

“I throw.” Belphagor cupped the die and blew on it. “Call.” He cast with practiced ease.

The die landed, showing the Serpent.

“Well, if you’d called Serpent, you’d have won that round, and I’d be surrendering a card right now. There’s a different elemental creature on each face. Take a look. I can write them down for you to refer to until you’ve committed them to memory.” Belphagor set his hand facedown on the table and stood. “Do you have pen and ink?”

Kae turned the dodecahedron die in his hand, then slammed it back onto the table. “I don’t need it written down. Just roll.”

Belphagor cast again, and the principality called out, “Bear!” The die landed on Dragon.

The principality clutched his cards, barely controlled rage in his grey gaze.

Belphagor shrugged. “I suppose a dragon’s a little like a bear.” He lifted a card from his hand and put it face-up on the table. “There, now. You can take that if you wish. If it suits your current hand. Or you can throw again.”

Love is the ultimate game changer…and this time it’s winner take all.

Now that his lover is back in his arms, Belphagor is taking his own sweet time to say the words Vasily longs to hear: “You’re my boy.” And savoring the sweet torture
of driving the firespirit into a frenzy of unfulfilled need.

As the undisputed master of Heaven’s gaming tables, Belphagor never plays unless he’s certain of winning. But this time, political machinations send the game—and Vasily—tumbling to the brink of even his formidable control.

Vasily can’t deny enjoying their delightfully edgy play—until the airspirit auctions him off for a night to the one demon with a gift for taking things too far. Seductive Silk, tight-lipped about the end of his relationship with the sweet submissive Phaleg, may also be involved with a new faction threatening the pregnant queen of Heaven.

Belphagor couldn’t be less interested in the games angels play, but when angelic and demonic intrigues overlap, he’s drawn in against his will. And forced to break his one inviolable rule: Never gamble what you can’t afford to lose.

Warning: Contains more than a mouthful of m/m ménage, with intense D/s situations featuring intricate rope work, balaklavas, and a flurry of snow.

Available now from Samhain Publishing and the following retailers:

Follow the Master of the Game tour this week for a chance to win a $25 Amazon/B&N gift card or a Diamond Accent Winged Demon Heart Pendant!