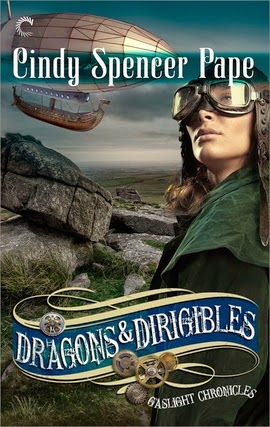 When airship engineer Melody McKay's dirigible explodes and plunges her into the yard of a gothic manor, she suspects foul play. With her ankle injured--an indignity far too feminine for her taste--she resolves to crack the mystery while in the care of Victor Arrington, the stuffy-yet-disarming Earl of Blackwell.

Ex-Royal Navy Captain Victor runs a tight house and is on a mission to protect his niece and foil a ring of smugglers using fire-breathing metal dragons. He has no time for romantic attachments. Particularly not with women who fall from the sky wearing trousers and pilot's goggles.

As he and Melody navigate a treachery so deep it threatens the lives of everyone in Black Heath, the earl becomes unexpectedly attached to his fiery houseguest, and Melody discovers a softness in her heart for him. But when the smugglers strike, there's more at risk than just their future together. 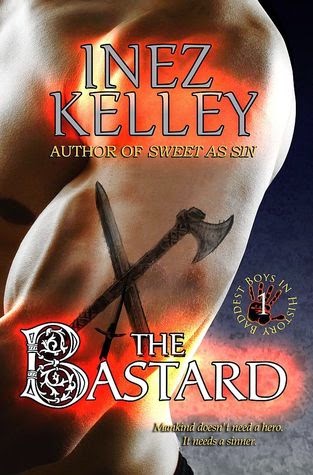 In the battle between good and evil, humans have never been more than collateral damage. Now they are prey. Mankind doesn’t need a hero. It needs a sinner.
Corrupt. Wicked. Nefarious. Contemptible....

The Baddest Boys in History are back!

You read about them in school. Now learn the truth. Real men. No vampires, no werewolves, no magic. Just down and dirty raw power —sin to sin, evil to evil, bad to bad. They fight for humanity. It was that or eternal damnation.
They agreed to risk their souls. No one told them they would lose their hearts.

THE BASTARD
Vike died in blood, in battle, in betrayal. His ruthlessness was second only to his brutality. Now one woman makes his blood sing and he’ll stop at nothing to save her. He only has to face half of Hell to do it.
Lacy is unknowingly descended from an ancient Holy line. Someone is slowly destroying her life and wants her dead. A fierce Viking comes to her rescue, and in his arms, she finds more than safety.
If Vike can’t protect Lacy, he’ll have to kill her. And for a bastard, what’s one woman worth when the entire world is in jeopardy?

Authors Angela Campbell and Ruth A. Casie are finalists for the 2014 Reader's Crown from RomCon. Campbell's books "On the Scent" and "Something Wicked" are finalists in romantic suspense and paranormal categories, and Casie's "The Guardian's Witch" is a finalist in Sci-Fi/time travel.