Everything is a little different this year, including my latest release. Till Death is a psychological thriller without my usual paranormal or fantasy elements. That made it a little challenging to write until I embraced my love of the human mind, that's where the true magic and mystery lies in most people. As the old saying goes, reality is stranger than fiction, and this year has certainly supported that.

Till Death gives us a glimpse into Gina's life when she realizes that the beliefs, and the person, she's supported for most of her life may not be what's best for her—but she's made a vow, and that's not to be taken lightly.

But just like 2020 has us all thinking, Gina wonders just when is enough, enough?

Fun Facts About Till Death: 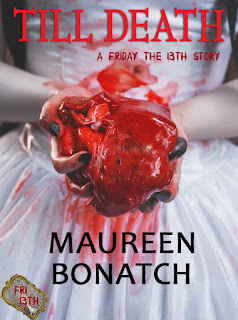 Gina believes that mirrors hold bits of the soul, a rabbit's foot brings good luck, and that marriage vows are until death. But most of all, she’s blindly followed her husband Rick’s philosophy. Nasty men get one chance to convert from their abusive ways —or suffer the consequences they bring upon themselves.
But when she meets George, Gina begins to question everything Rick has led her to believe about men. Now Rick has George lined up to be the next man to be redeemed. Will black widow Gina honor and obey and weave her web around George, or will she become the next victim?

Honor and obey. This was the life I knew. The one I’d created as Rick’s wife. I had to see it through. I lowered my gaze to the ground. “I meant, don’t give the neighborhood more to talk about than it already has.”
“Neighborhood? Do you mean that old man who’s been sniffing around here?” Rick smoothed his face back into the mask he shared with the world and glanced toward George’s house.
“No.” I didn’t dare look to see if George was lingering. It was a mistake to remind Rick that I might’ve made a friend. A male friend who didn’t fit into the mold Rick insisted most men did. But Rick made a lot of ruckus that could’ve attracted other attention, so when two ladies walked down the street, not giving us a second glance, I inclined my head their way.
Rick’s gaze followed mine and then returned to me. “I thought you didn’t worry about those things? About what people might think? Most people don’t see what’s justified in the world, they don’t understand the road to redemption and how we are paving it with the blood of those who don’t appreciate a woman.”      “I don’t care what they think, but this time it’s different.” I was different. But I couldn’t tell Rick that I’d begun to question the truths of performing this justice with him. All it had taken was one old man who’d experienced a loving marriage. A man who saw me as more than a cook, cleaner, and punching bag.
“It’s not really different when the end result is the same.” Rick pushed past me. He entered my house as if he owned the place, and as my husband, technically he did.
A Friday the 13th Short Story: 13 authors ~ 13 suspenseful short stories. Murder and mayhem on Friday the 13th...Find each story in the series on Amazon. 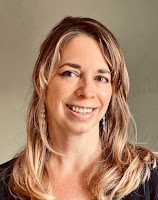 Author Bio: Maureen Bonatch grew up in small town Pennsylvania and her love of the four seasons—hockey, biking, sweat pants and hibernation—keeps her there. While immersed in writing or reading paranormal romance and fantasy, she survives on caffeine, wine, music, and laughter. A feisty Shih Tzu keeps her in line.
Find Maureen on her website, Facebook & Twitter Be the first to know about Maureen’s book sales and new releases by following her on BookBub, Amazon and/or signing up for her

Maureen
Making the ordinary extraordinary and laughing all the way