Posted by: Linda Mooney
August is Superhero Month!
During the month of August, these three ebooks are just 99c each! 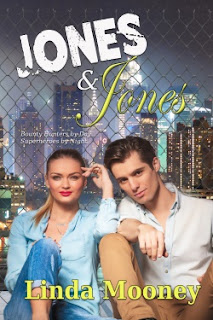 
Slone and Embrie have known each other since birth, and after crash landing on Earth, they know they are the last of their kind. Intergalactic refugees, and extremely young, they are discovered and taken in by an older couple who teach them how to survive and fit in.

With powers no human possesses, the two decide they should share their strengths with the world, and Falcon and Hawk are born. Saving lives is their calling and the right thing to do, but unfortunately it doesn’t pay the bills, so bounty hunting by day it is. Unfortunately, living a double life takes a toll on a person, superhuman or not, both physically and emotionally.
So when Embrie is injured, leaving her weak and vulnerable, Slone must make the decision to expose who they are to save her life or lose his love forever.
Until a job from the past resurfaces, threatening to make that decision for him, as well as destroy everything they've sacrificed and worked for. 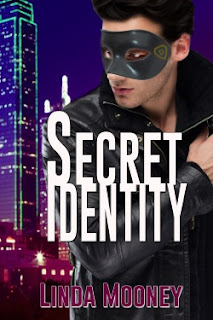 Brenda McKay has no man in her life, and she really doesn’t have time for one. That’s not a problem, since Brenda’s new job responsibilities keep her too busy for any sort of social life. But the day she is saved by a strange man who calls himself The Defender is the day her heart will never be the same.

Lorne Palmer has loved Brenda since they were in grade school. Shy, introverted, and the middle brother of two over-achievers, he has never really approached her for anything other than to help her with her homework. And to be there for her when her other boyfriends deserted her.

It wasn’t until he finally acquired his super powers and became The Defender that Lorne finally decided enough was enough. If he couldn’t work up the courage to claim her as himself, perhaps The Defender could. 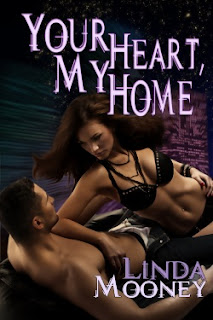 They were deadly enemies, until a greater threat made them unwilling allies...and lovers.

Sherandar is the most cunning adversary Quazar has ever faced. He never knows when or where his worst nightmare will strike, but when she does, it's with the single-minded purpose to taunt him. Ridicule him. And to make his life a living hell. Regular cuffs and jail cells can't hold her, yet somehow, someway, Quazar has to bring her reign to a screeching halt.

But when a new enemy makes himself known, and tries to kill both Quazar and Sherandar, the two combatants realize the only way to defeat this deadly threat is to call a temporary truce and join forces.

Warning! Contains deadly necklaces, delectable desserts, a skintight costume, an antique stove, dining table sex, and a bored megalomaniac who has no qualms about killing because he just wants to watch the world burn.