HAPPY CHINESE NEW YEAR - It's the Year of the Pig!

Posted by: Dani Harper, Author
If Valentine’s Day isn’t your thing (or even if it is), the month of February has something else to celebrate – and you can do it for 15 days instead of just one!

In 2019, the Chinese New Year begins February 5th and runs until February 19th. Also called the Spring Festival, it is the most important holiday in China and a time for family gatherings.

According to the Chinese calendar, each year is influenced by an astrological animal, and 2019 is the Year of the Pig. Also known as the Boar, it will reign until January 24, 2020.

Western culture may not think much of the pig—except during BBQ season! But in China and much of Asia, the pig is a symbol of abundance, wealth, and good fortune. 2019 is predicted to be a very good year to add to one’s abundance in every area, to invest, and to make more money. Because the Pig symbolizes success in all avenues of life, a sense of renewed optimism usually accompanies him. 2019 may bring greater happiness, love, and friendship.

That is, unless you’re born in a Pig year... The irony of the Chinese Calendar is that everyone does well in a Pig year—except the Pig. (This is true of all the animal signs—you are considered to be less lucky in a year ruled by your zodiac sign, and more prone to trouble.)

At least if you’re a Pig person, you’ve got lots of good qualities:  the brave, responsible and independent Pig is also known for being loving, considerate, generous, and loyal. Hardworking and honest to a fault, the Pig can be too trusting of others and easily taken advantage of. But the Pig’s friends will always come running to help. Add that to the longevity and health attributed to the Pig, and it’s an all-round good sign to have!

Color plays a role as well, and yellow is the auspicious color for 2019. That makes it not only an Earth Pig year, but a GOLDEN PIG year, which occurs only once every 60 years. No wonder so many anticipate that 2019 will bring abundance! Don’t forget, however, that abundance doesn’t always mean money. It can also be a very good time to simply enjoy life. 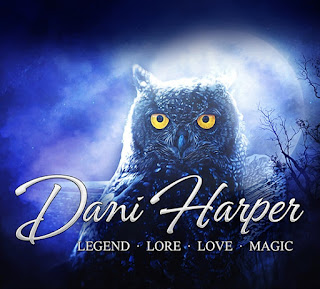 At long last, the big unveiling has arrived - and YOU can join in my month-long celebration!

The Dani Harper website has been rebuilt, redesigned, and revamped from the ground up, and I couldn't be more thrilled with the results.

Stop by and visit, and while you're there, be sure to enter my Rafflecopter giveaway. You could WIN a Dani Harper book bag, plus your choice of one of my paperbacks (signed) to go in it!